I’m not sure how I expected my friendships to change in lockdown, the only thing I knew was that they did.  I was there for the zoom quizzes and that hot minute we all thought House Party was a good idea, the near-constant need to be available and on because, well what else were you doing? Making bread? Yet another home workout?   And with the digital fatigue came that sense of unease replaced for a homesickness for those small innocuous moments that felt like some unobtainable fever dream.  Homes overspilling with laughter as everyone gathers in the kitchen as someone opens another bottle of wine, or rolls a cigarette, or makes yet another filthy joke.  Or the sweat trickling down your neck as you move with the thrum of the crowd and you turn to your best friend to sing (shout) along to a song that’s etched on to your memory it might as well be your own name.  Or sitting, curled up on a sofa that’s not your own, petting a dog that’s not your own but in a place so familiar it feels like home.  These moments pressed together had been the backdrop to some of the most beautiful, daft, and wonderful moments in my life and now, the easy affection, the cadence of laughter was filtered through a screen.

And I’ve never felt closer to them. 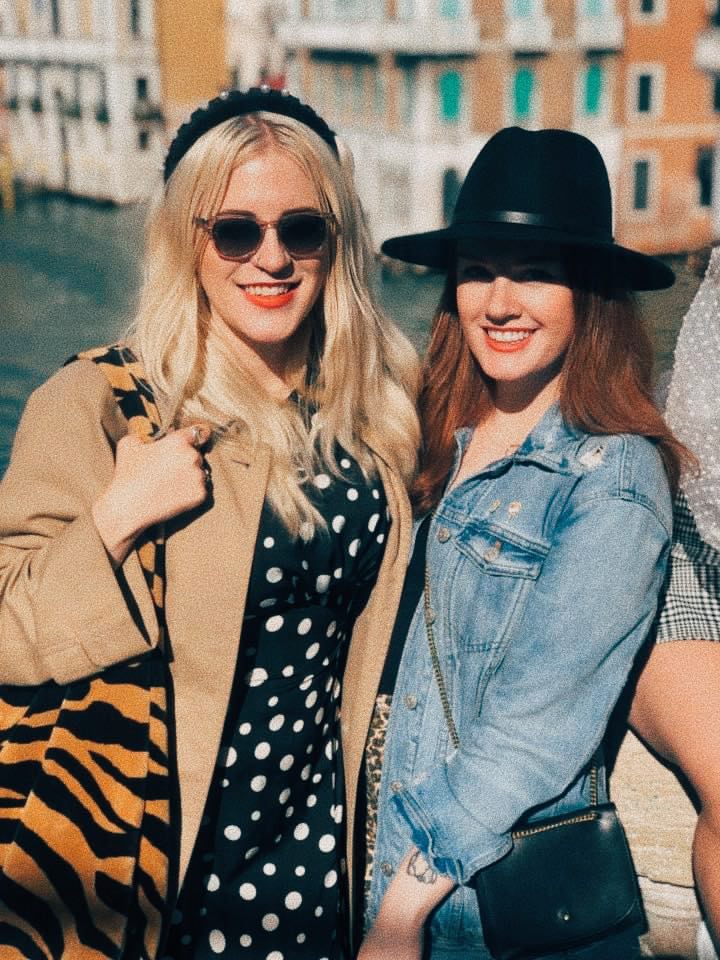 I’ve been very lucky. My life has never lacked romance, or love or affection – it’s just the Big Loves weren’t necessarily the people I was sleeping with, instead made of a chaotic mosaic of people found in the tracing of patterns in Wetherspoons carpets or pushing the sofas to the wall to dance to Billie. It sounds contrite and cliché to wax lyrical about friendship – a trope so old that it’s practically Biblical. But making friends is hard. Making true to the core connections is harder.  Staying connected when it’s simultaneously easier and more difficult than ever. Practically Herculean. Award-winning stuff.  And yet.

At this point, I have walked the Queen’s Park circuit so many times I could do it in my sleep. Blindfolded. Backwards even. I have formed complex attachments with ducks, have a long-standing feud with some swans, and heard desposito on violin so many times that when I close my eyes at night, it plays on a loop in my brain. And I’d do it every weekend because it’s the only time I’ll see the people I love outwith a screen.  Over the last year, I and my friends have swapped hot sauces and bread, sent postcards and love letters just because we can. We’ve dropped food parcels or bottles at doorsteps.  It’s not the same as going out and getting the good focaccia but kneading dough and dissecting drag race had become a ritual. In a year that has been weird and uncertain and painful, I have never felt more cared for or considered.  There were friendships that were blossoming pre-lockdown, locking into my heart and getting ready to make a home – and what had become a weekly routine of negronis, and war stories were replaced with, well pretty much the same, except over video call.

The shifts didn’t feel like it happened overnight.  It was a recalibration of how to exist in the world and what those connections meant to me. It wasn’t just about the friends that were there for the dance floor but rediscovering those deep-rooted parts of ourselves that made sense together. Stripped away from the superfluous froth of every day it was finding and rediscovering the people whose rhythm beat in time with my own. In my wildest dreams I didn’t expect green friendships to take on the steady comfort and intimacy of feeling like they had always been there. I didn’t expect to make new friends who would talk art and heartbreak as easily as the mundanity of the every day. Women I haven’t spoken to for years have filled my inbox with recipes and book recommendations and long-winded but welcomed discussions on Paris Hilton.  When split off from being able to really spend time with Dad, sister, grandparents – I still was able to find friendships that unmistakably felt like home.

Maybe this is more of a love letter. Or an exercise in gratitude.  Of course, I miss dancing, and dinner parties, and pressing the palms of my hands to my friends’ faces. Swapping cigarettes and clasping hands. I miss all of it. But I’m unbelievably thankful for the shape and the shift in the friendships there. Friendship isn’t necessarily a lighthouse, but just now they feel like one – always bringing me back to that place that feels safe.