I always had this romantic notion of writing and what being a writer was.  A lot of it involved staring out of windows longingly (nope), a  deep abiding devotion to black coffee (yup) and the misplaced notion that writing would come easy. That to be a writer, writing had to be like breathing, essential to your core, the only true constant in your life, the touchstone of your entire being.  Beautiful. Natural. Easy.   No one warned me that it would be the most turbulent, erratic (and ultimately rewarding) love affairs I’d ever embark upon.

Rather than let writing take shape of a toxic relationship I changed my approach to it. I retired the fairy-tale and instead found the quiet magic in the moments where I’d get lost. A relationship shouldn’t be something that makes you feel better but makes you want to be better.  I learned that among the peaks and troughs that there was a couple of things I could put in place to stop myself from driving myself slowly (but surely) insane. Beating writer’s block can be a bitch. 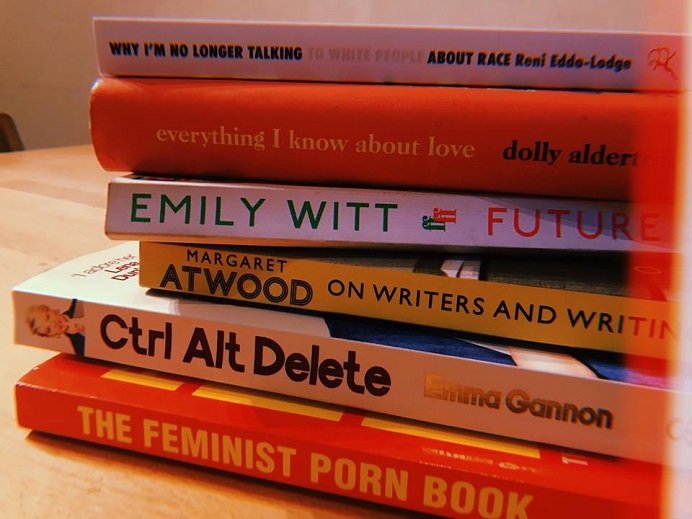 Set yourself a deadline

Let me weave you a yarn if I may. I’d received a commission from a publication I was keen to impress on a topic that I was DYING to cover. I’d worked out my structure, my angle, I had my quotes in from my sources. Yet there I was sitting at 4 in the morning with a cafetiere of coffee (my third of the night) and a brain that resembled very dense fudge.  I had a deadline and an itch and I could not for the life of me make the words come. It was a restless, frustrating and very long night. The next day I kept looking at the screen and the flickering cursor (which at this point had become to look like a constant fuck you) and I vented. And as a result, I got some of the kindest and most helpful advice I’ve ever been given.

“Give yourself an hour. Just write. Then send it to me.”

A tight deadline, some outside accountability and the instruction to stop living inside my own head and just do.  It wasn’t the most elegant piece of writing I’ve ever done (first drafts rarely are) but it gave me something to work from. It’s easier to change, edit and rework and eventually I managed to create something I was ultimately very proud of.

Sometimes you need to know when to walk away. I’ve got notebooks filled with things I’d love to write about or at least things I thought I’d love to write about. When it came down to it? There was nothing there. It wasn’t a case of “everything’s already been written about before” because quite frankly. It hasn’t been written by you. It was more of a – I’m not getting anything from this anymore. I would fall in love with the idea of a piece than the reality. Maybe one day the timing will be right but don’t hold on to anything that doesn’t bring you joy.

If it scares you, you should probably write about it

It’s the kind of thing that gets under your skin and won’t leave. It’s the idea, that given enough traction will take up residence at the very edge of your thoughts.  It’s grotesque, maybe a little too personal, a little too dark. It feels like giving away too much. But really for me, this is the best kind of writing. The power of writing is that it reminds you-you’re not alone and no matter how ugly and sticky and awful (or awkward and embarrassing) you can take hold of it and shape it to your wants and desires. Don’t be scared of the things you want to write them. Let them envelop. They can be the most fun to write, and if not, the biggest learning experiences.

Write for the joy of it

There’s always something to write about and it doesn’t always need to be for anyone other than you. I’ve got folders on my computer from late night compulsions. They are entirely self-indulgent and occasionally tread the water of teenage melodrama. But occasionally there are little nuggets that I’ll nurse and grow. I’ll magpie some of my own ramblings for a patchwork quilt made up of restless thoughts. It’ll be a turn of phrase or an idea. I tuck them away for a rainy day.  A train of thought may not be the most interesting thing for readers, but it can be a valuable exercise in writing for the joy of it.

Inspiration I see you everywhere

When I am in the funkiest of funks I throw myself in a good old-fashioned culture binge. Books, movies, music, art, I’ll eat them up till I’m swollen and fat with ideas. I talk to friends about things that inspire me, and in turn, they’ll share what’s captivated them. I feel I need to stress that I don’t go into this approach with the thought process of “this, this will be what cures my writer’s block” but more of a clearing of the mind and allowing myself to find happiness away from my laptop screen.  More often than nought something will catch my eye or my heart. I’ll fold a page, I’ll make a note and I’ll save it for later. Somethings are immediate and end up with fast, quick passionate pieces. Others develop over time, fluttering away in the chest before spreading into a consuming longing till I have no choice but to write about it. Both have their place.  What I’m trying to say is, look past the blinders and allow yourself to be inspired.

Between the tantrums, the tears and the late nights though the writing was always worth it. Even when it felt like it wasn’t. Even when everything felt awkward, jarring and not quite right. Even when I have been left adrift, unsettled, lost and frustrated, I could never really walk away. Ultimately I’d always find my way back, and like any good relationship – it takes work.