Is there anything more tired than the idea of new year/new me? As if there is something so fundamentally wrong with you already. Honestly it’s like picking at a scab of all the things you hate about yourself. Lose weight, drink more water, cut out the cigarettes. I mean there’s nothing wrong with having new years resolutions  (even if 66% of us break it within a month, OOPS) but deciding to enact them on an arbitrary date as if the second the clock chimes midnight on new years eve you’re going to shed all your bad habits like an old skin and slide out all shiny and new ready for world domination is lazy, and when we inevitably DO break the new year targets we set ourselves we end up feeling all the worse for it.  That said I loves me a list and I love me some goal setting, and fuck it, there’s a lot to be said for self reflection and planning the year ahead. I’ve rounded up my resolutions and this time? It’s one’s I actively want to keep. 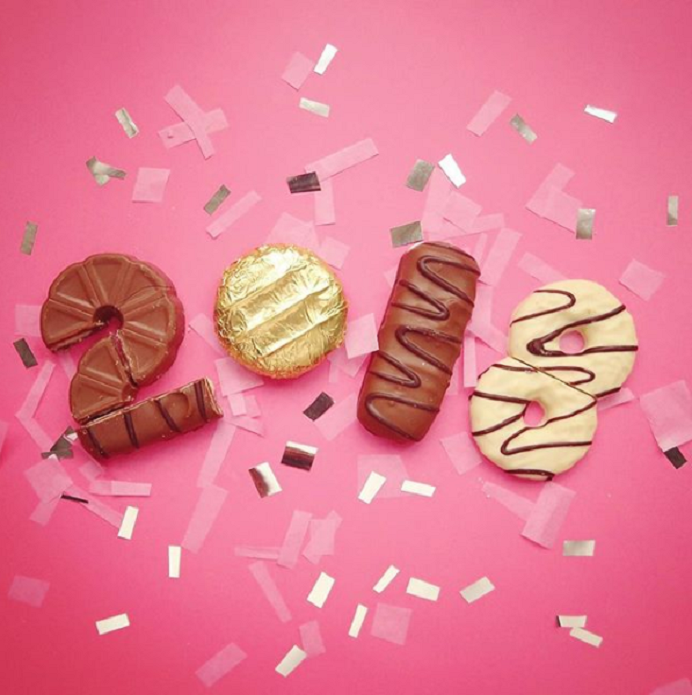 Listen to an album I’ve never heard every day*

It’s way too easy to slide in to musical apathy. I’m always listening to new releases so they’re exempt from this category, but more often than naught I’ll stick on one of my Spotify Daily Mixes.  And they tend to be brilliant. I adore them. Seriously – Spotify is the best boyfriend I’ve ever had when it comes to mix tapes. But, and here’s the but, in the flurry of sexy new and shiny music I end up missing out on some old classics that for whatever reason have managed to slip under my radar.  So here’s to listening to one album I’ve never heard before a day. I’m tracking my progress by plugging my stand out song from each record on to a playlist.  Follow my progress here and @ me your recommendations over on the old twittersphere.

Fall in love with yoga again

Yes. I know. This is for sure one of your standard “get fit” resolutions that gets broken 2 weeks in to he New Year. Instead of pretending I’m going to be one of those one-hour-practice-every-g.d-day guys I’m gunning for a minimum of 10 minutes before work.  Which totally leaves room for hangovers, holidays and actual real life. If I do more, awesome. But I’m not going to beat myself up over it. I’m playing it fast and loose and well, this has the brucey bonus of having me being off my phone and away from my old brain box. I’m easing myself in with the new Yoga with Adriene 30 day challenge which I’ve managed the past couple of years. Even if you fall off the yogi band wagon in January it’s a great series of videos to help you check in with yourself designed all around finding what feels good.

Embrace a fuck it mentality

Too often I get stuck in my head worrying about what-ifs and logistics and sure, there’s being pragmatic, but there’s being pragmatic to the point of being self destructive. I find if I commit to something I tend to follow through. So this year is the year of the fuck it. Fuck it had me travel more last year, and it’s going to do the same for me this year (I’ve already got Prague and Texas in the books.)  I’m also applying fuck it to my freelance work. Being less scared of rejection, less worried about perfection and being open to opportunities and actually following through with the things I say I want to do. Fuck it, what’s the worst that could happen?

Learning new stuff is fucking awesome guys and last year I went all in on nourishing the old brain box with books on death, feminism and human sexuality. It informed half of the god damn articles I ended up writing for Fashion Fix Daily last year. I’ve got a short stack of non-fiction I’m working through as well as an amazon “saved for later” list including oldies like Jean Baudrillard’s Symbolic Exchange and Death. On the pre-order list? Karley Sciortino’s “Slutever: Dispatches from a Sexually Autonomous Woman in a Post Shame World” and Caitlin Doughty’s “From Here to Eternity: Travelling the World to Find the Good Death.” It’s shaping up to be a good ol’ year for books already and while I can’t promise to keep an up to date Goodreads account, I can guarantee I will gush about anything that particularly resonates with me.

This feeds in to well, pretty much everything else. I’m the sort of person who works best with goals and targets and tracking.  That means giving myself deadlines (and dates attached to them.) I’m a firm believer we make time for the things that are important to us and too often I’ll let my time be consumed by YouTube pits and social media scrolling. So less of it and giving myself more structure. It’s spending my time doing things I love, and finding new things to fall in love with. More gigs, more jam making, more escaping the city, more late night skype calls and just more living.

There’s a bunch of other stuff I’d like to achieve this year. Learning to drive would be peachy keen (but realistically I’d rather spend that money travelling) and of course the old freelance lifestyle will occasionally sing her siren song. But I’ve rounded up the things I realistically can achieve and know/want to follow through with. It’s not so much a new year/new me thing but more about setting an intention and using this downtime to take stock of the year ahead. And so far? 2018 is looking like it’s going to be incredible.