In the wake of the #metoo movement and the silence breakers named as Time’s Person of the Year, Merriam-Webster have announced “feminism” as their word of 2017.

That’s right, while dictionary.com have went for the more insidious “complicit” for their top pick – online dictionary Merriam-Webster saw a spike in people looking up exactly what feminism is with searches up by 70%. It looks like 2017 is the year that feminism stopped being a dirty word. That is unless you’re Kellyanne Conway. 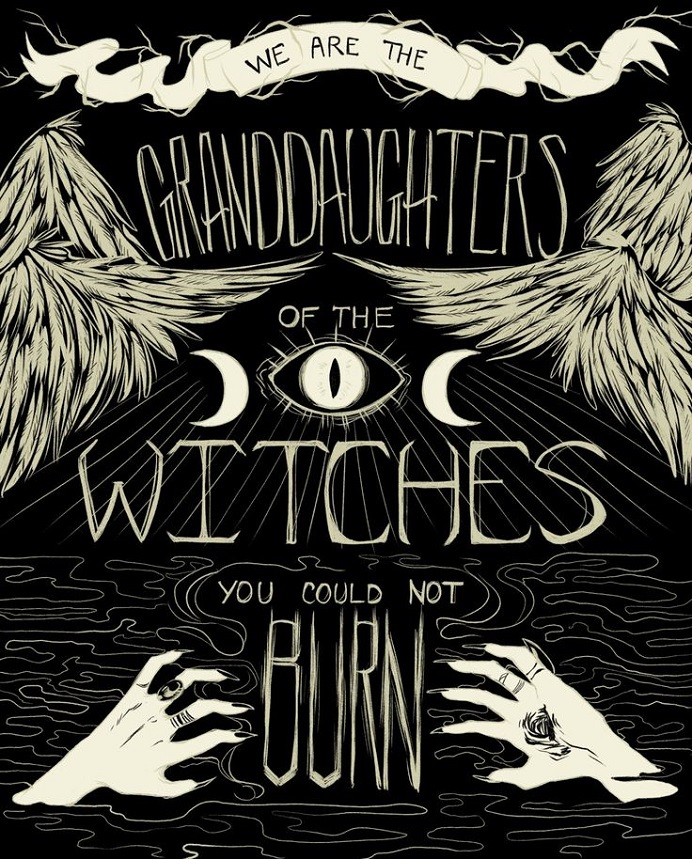 Just to make sure we’re all on the same foot, let’s get Merriam-Webster’s definition out the way first right? Currently their definition reads as follows: “the theory of the political, economic, and social equality of the sexes” and “organized activity on behalf of women’s rights and interests.” And with that in mind, how exactly did the f word lose its sting and become the most searched word of 2017?

Well, Trump’s election seems to have inspired a fresh new crop of feminists (or at least the feminist curious) with the worldwide Women’s March the day after his inauguration dominating headlines in January. It was the largest single-day protest in U.S history with one key message at the heart of it: Women’s rights are human rights.

Other than that, feminism has dominated the pop culture landscape. From fashion brands embracing feminist rhetoric in their marketing (because a women’s place is in the house AND the senate) to our screens. Wonder Woman dominated the box office becoming officially the highest grossing superhero origin film (who says female-led films don’t sell seats?) while Margaret Atwood’s dystopian novel Handmaid’s Tale was adapted for the screen and is set to win all the awards. That’s right. ALL OF THEM. Of course we’ve got the return of Broad City, Orange is The New Black and GLOW – with the publics desire for women’s stories finally being sated. And making the networks a pretty penny to boot. Everyone’s a winner right?

Feminism has become part of the larger conversation and how we apply it to everyday life from the continued hotly debated bathroom bill to feminism working towards intersectionality (overdue and still a steep learning curve.) In the same breathe we have op-eds on teaching Girl Scouts about consent coupled with articles on our attitudes towards women on television. We’ve seen women analysed for being too difficult or too smug (Strictly Come Dancing and X-Factor) and celebrated the feminist credentials of Meghan Markle – Prince Harry’s new bride to be.

We’ve seen Taylor Swift win a symbolic $1 lawsuit over sexual assault, examined Hugh Hefner and whether he was a feminist (the jury’s still out on this one) and of course seen the take down of toxic and predatory men within the entertainment industry. We’re looking at you Louis C.K, Havrey Weinstien and Jesse Lacey.

Change is coming, and while feminism may be the word of 2017 – let’s have it a way of life for 2018. We are the daughters of the witches you could not burn, and we’re coming for you.