Over the last 24 hours my social media feeds have been awash with the same two words.

Posted and shared across social media by women who have been harassed and assaulted in an attempt to shed light on exactly how ubiquitous sexual violence is. And I wish I could say I was surprised but here’s the ugly reality, I’d be harder pushed to find a women (cis or other-wise) who doesn’t have those words seared in to their heart. 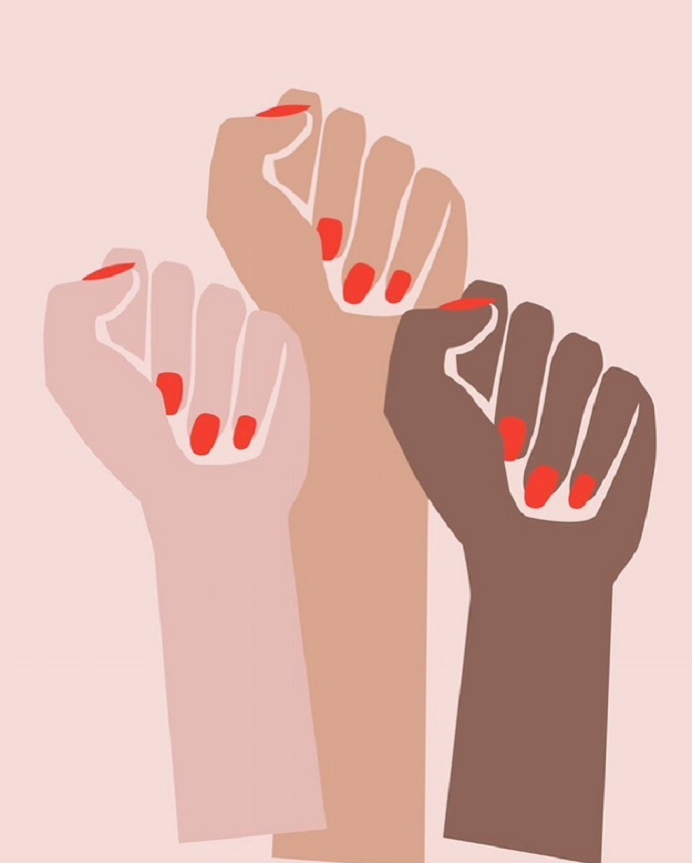 In the wake of the Harvey Weinstein case the prevalence of whisper networks has become part of the media hot bed surrounding the seedy underbelly of Hollywood and the lasting legacy of the casting couch. But it isn’t just Hollywood’s power players with the sway to make or break a career who are using their positions to assault women. It’s the everyday and it’s in the mundane. It has become in a way, white noise. “If so many people knew for so long, why didn’t they speak up?” They did. And they do. Of course we do. Women talk. Sometimes words are the only way to guard ourselves in a world which continuously makes excuses for male predatory behaviour.

“Me too” has me recounting every instance where women have shared their stories with me. Sometimes it was a glibe off hand remark. Occasionaly outrage. More often than naught, exhaustion. Empty laughter punctuated with a “Well, what can you do about it?”attitude. No emotional outpourings (though if there was ever a place for it it would be here) instead sharp, painful and punctuated and accepted. Because, what can you do? Call out your cat callers? Get a conviction? It’s not that our silence makes us complicit in our abuse, instead it’s a mix of fear and a desperate sense of self preservation. Margaret Atwood went straight for the gut – “Men are afraid that women will laugh at them. Women are afraid that men will kill them.” Over and over though we’d be asking – who would believe us?

We like to think that it won’t happen to us (again) that it hasn’t happened to those we love (again) and that there is some way to guard against it. But the truth is between keys grasped between fists and whisper networks, there hasn’t been much we can do. At least this is the lie we tell ourselves. The same lie that paints societies worst abusers as monsters instead of men. Because it’s an individual rather than a need for larger societal change. That itself would be a quick fix. Or erhaps systematic misogyny is part of our cultural fabric abd that it encourages a painful self-imposed silence.

Rose McGowan was (briefly) banned from twitter and has been called crazy,emotional and angry, like this wasn’t something worth getting crazy and emotional and angry about. Lindsay Lohan spoke about how she felt sorry for Harvey – how he was always wonderful to her and how it was so sad his life was being torn apart. Donna Karen went on to suggest that women needed to examine how they presented themselves and what they are asking for. Woody Allen (WOODY FUCKING ALLEN) released a statement that looked for a brief moment like it may empathise with the victims before making a desperate plea to not turn this in to a witch hunt. Oh, and James Corden made some ill-time and wildly inappropriate jokes, because what is too soon when there is comedy to be had amiright lads?

Thankfully (and honestly I can’t believe I’m saying this) THANKFULLY abuse victims are being heard. And believed. Unfortunately it still seems to be about a dozen women’s word to one man’s but women are being heard. And believed. Harvey Weinstien lost his job last week and has since had his membership revoked from the Academy of Motion Picture (who still count Roman Polanski and Woody Allen among their members, so baby steps?)

And women are speaking up. Making it clear exactly how wide spread violence is towards women. It’s terrifying and harrowing and all too fucking real. And maybe this won’t be the single incident that helps address a toxic masculinity that has plagued our society, but let’s hope it will be a catalyst. Where we move towards being a society that when a women speaks, we hear her. We’re listening. We believe you.

And you know what?