I thought I’d be more nervous. I was going to have laser eye surgery.  I’d read up in meticulous detail about it. I went in to meet my surgeon with pages worth of questions.  I’d even managed to have a few people try scare me off going through with it on twitter.  Though thanks in part to the team at Optical Express I felt calm. And if I’m honest, I kind of relished freaking people out when I told them all about the slice and flip. But here’s the thing. I was going to be in and out in the same day. My surgery was going to take minutes. When I sat up from the hospital bed I’d be able to see the clock. How could I not be excited? 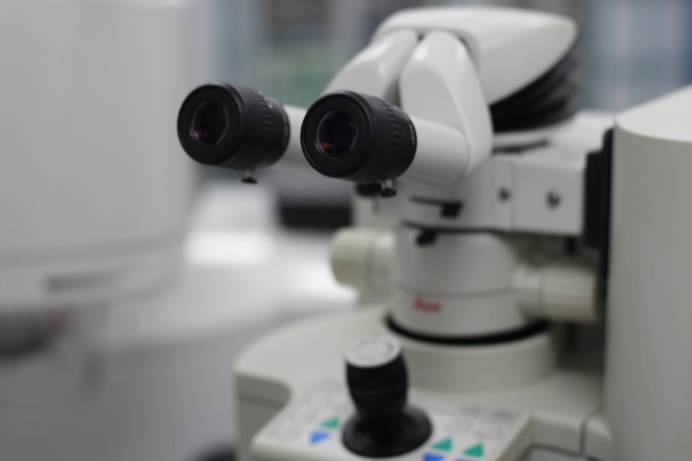 I mentioned last time that I had been recommended for iLasik treatment. It’s the most common type available and easily one of the least invasive – using two lasers to correct the vision. One to create a thin protective flap (that’s the slice and flip I mentioned) and the other to reshape the cornea and correct the vision. If it sounds quick and simple it’s because, well it is. It would take less than 10 minutes and I’d be home the same day. 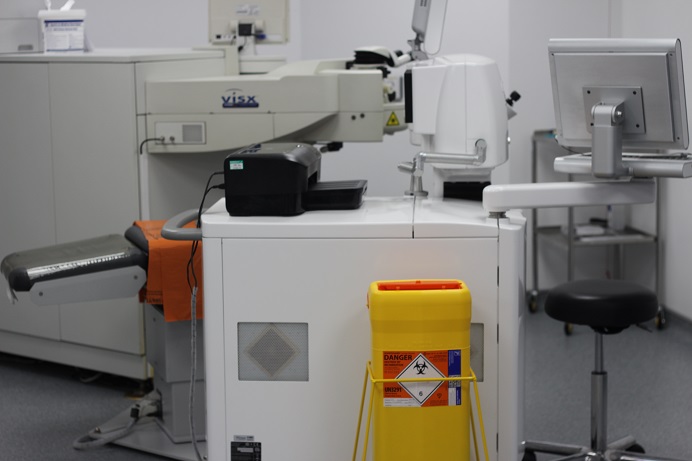 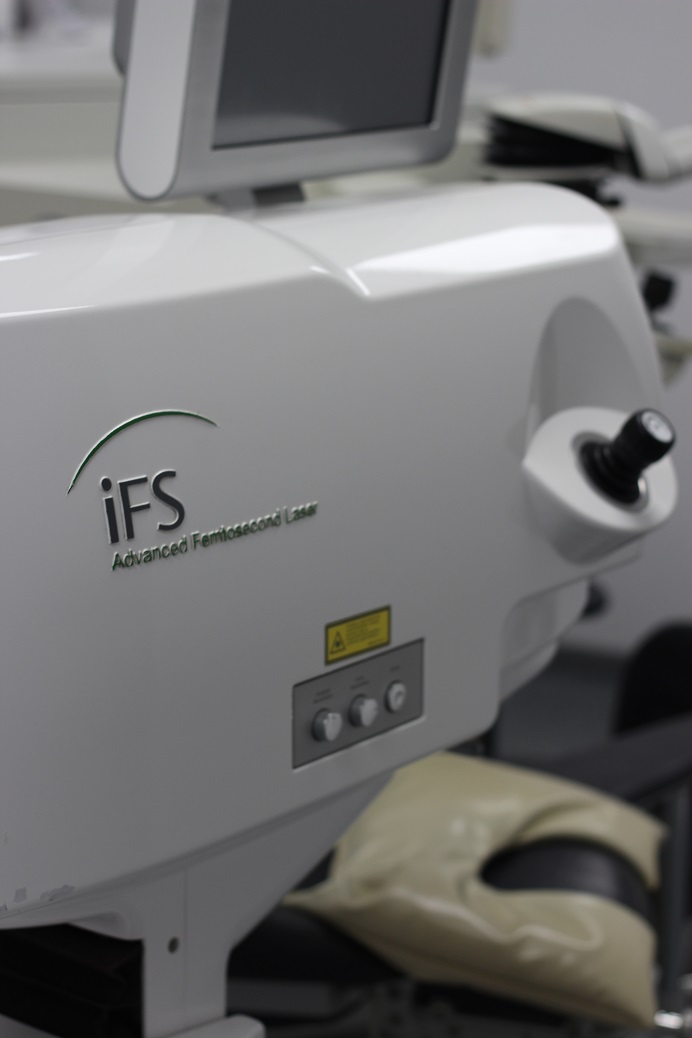 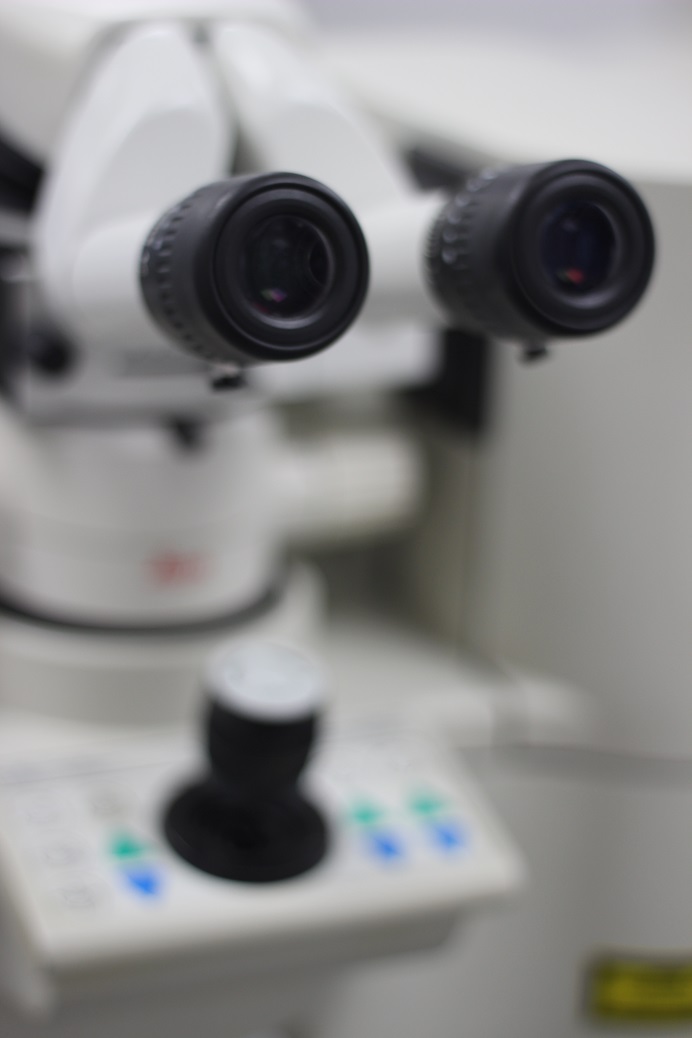 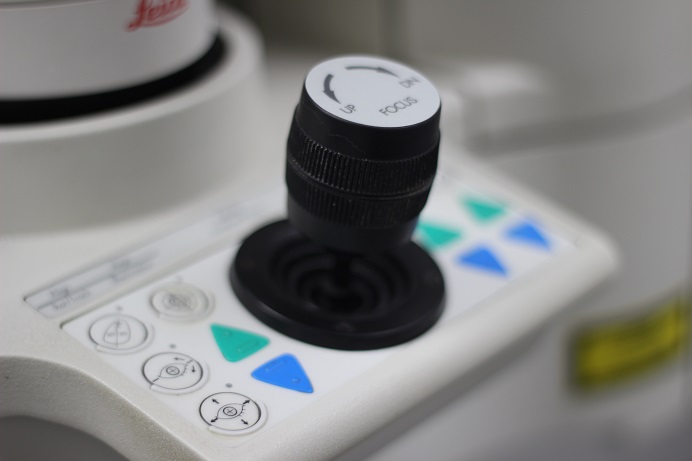 Optical Express had mapped my eye to find out exactly where needed to be treated to correct my vision. The main problem for me was my eyes were shaped like long fat rugby balls. Sexy right?  But turns out with the right surgery easy enough to fix.  I’d always imagined that with my prescription I’d need something a little more invasive than a day trip up St Vincent Street  but there I was, wrapped in plastic and ready to have my old eye holes numbed up.   Though there was one thing on my mind.

“So will I smell it? Y’know…my own burning flesh?” I laughed. I mean, nothing like a bit of gallows humor to prepare yourself for smelling your own scorched eye sockets right? But they look dumbfounded.  And looked at me as if I’d gone a little mad.  They did though, kindly and quickly put this particular fear to rest. No. I would not smell my own burning flesh.  This particular little horror stors base was in this. The lasers gas would heat up and yes, it occasionally would smell. Synthetic and medicinal and very far from the optical flambé I had concocted.  And if truth be told, while they were working on my eyes, I didn’t notice any smell, medical or otherwise. I was too busy looking at the red dot. So myth busted guys. Burning flesh, not a thing. Sorry to disappoint.

I had expected it to last longer than it did.  I lay down. There were two machines. The first that made the slice and flip was more of a slight pressure and general discomfort than anything else. The actual lasering? It was looking at a dot that slowly came in to sharper focus.  The whole process lasted 10, maybe 20 minutes?  There was one surreal moment towards the end where the surgeon smoothed my protective flap back in to place. It was like they were icing a cake, except with my eye. And I could see it.  I COULD ACTUALLY SEE IT.

Everything felt a little bit too bright and soft around the edges but I could see.  It was not a million miles away from when you first wake up and you feel all bleary. Everything was in soft focus and a little bit dreamlike. But I was armed with eye drops and goggles and a bucket-load of painkillers for the inevitable.

I think they try and make it sound worse than it actually is.  Post-surgery isn’t exactly a party. It is indeed a little bit like you’ve chopped every onion known to man. It’s dry and itchy and irritating. Bright lights are the worst and you’ll find it nigh impossible to focus on anything. Thankfully we have naps for this. And protective eyewear.  Adult scratch mits essentially. THIS is the hard part. But thankfully, it’s over in a few short weeks, and after – well that’s pretty awesome.