It’s that little voice in your head that presses and prods. Sometimes it’s a little niggle, an itch that can’t fully be scratched. Sometimes it’s a near constant ache that refuses to be ignored. It’s the same voice that whispers – you can’t. That you’re too emotional. Too childish. Too lost. Too intense. Quite simply, too much. Artist and girl boss extraordinaire Rosalind Shrinivas though subverts this – leaning in, scratching the itch through distinctive and intimate illustrations that can be in their simplest form be described as an exercise in self-portraits and finding your voice. 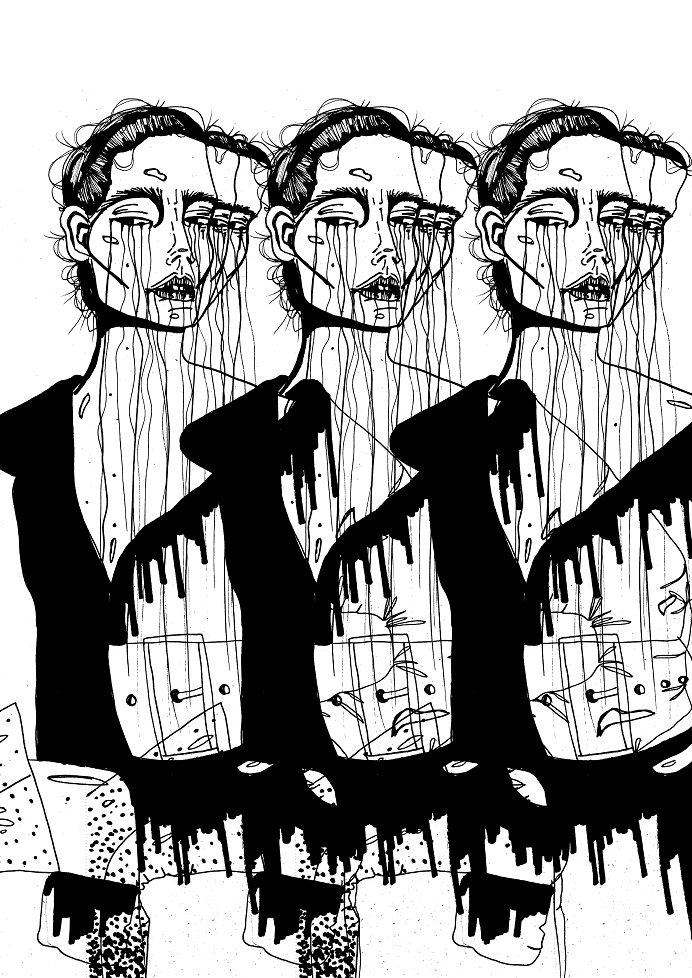 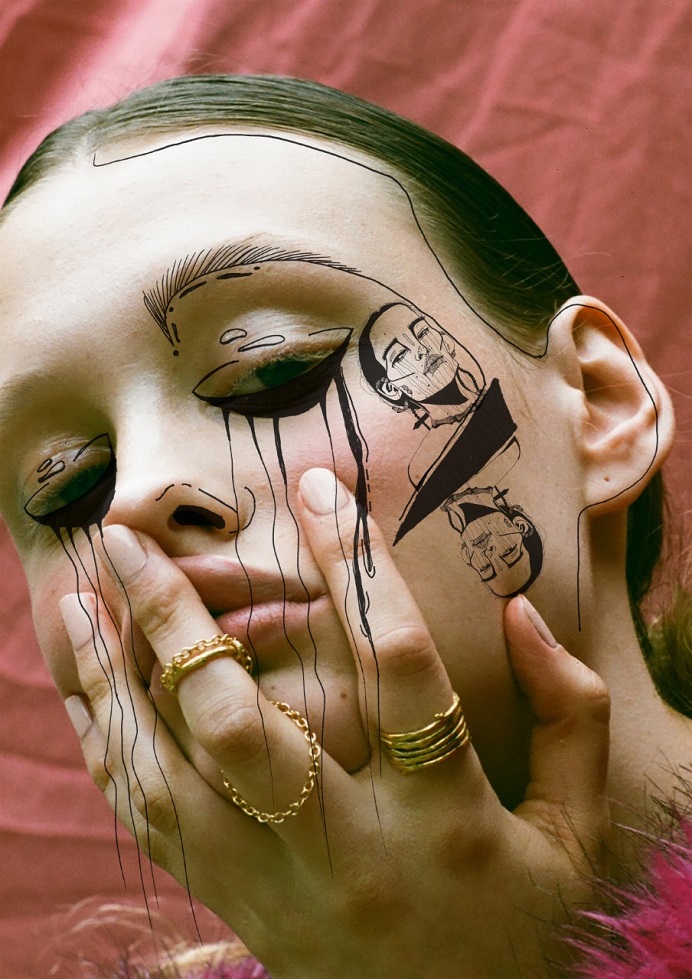 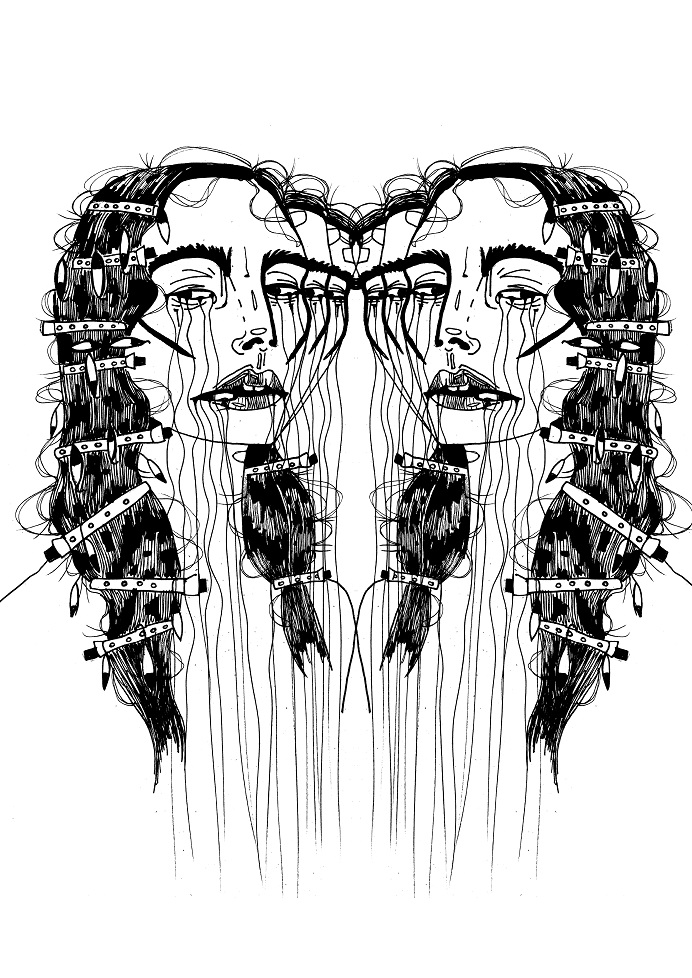 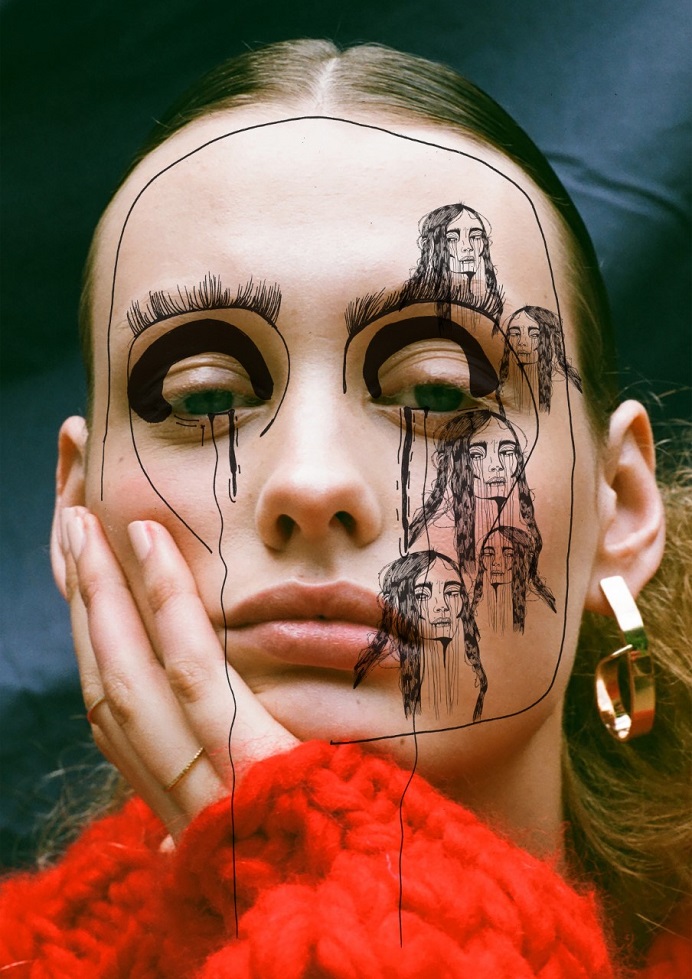 That feeling of not being good enough and not fitting in pre-dated Shrinivas’s foray in to illustration. Whether that was unease in her body and her looks or in her artistic ability, Shrinivas pushes through that in her art.  Previously she felt weird in her body and speaks candidly about how being half-indian she didn’t feel conventionally beautiful. Through her work though she picks out the features from her own face and exaggerates them creating androgynous women, designed to be racially ambiguous with sharp cheekbones, bushy eyebrows and a healthy dose of side-eye. More often than naught they’re all crying.

It can be so easy to see emotion and expressiveness as a sign of weakness but for Shrinivas this is her greatest strength and this is carried through in to her characters. While the women are all visibly weeping, their strength and assertiveness is never called in to question. “You can after all say a lot with a face.” And with that in mind she’s used these illustrations as a safe space for exploration – always playing with the idea of texture. It’s filling in those unexpected nooks with her exquisite line work, creating hair that spirals and knots all with a real focus on feminine power and emotion.

Illustrator Lucy MacLeod is one of Shrinivas’ formative influences and who she will cite for reigniting her passion for illustration. After guest lecturing for her at University, Shrinivas came away inspired with one thing in mind – “I want to be able to draw that fast.” Other illustrators inform and inspire her work including Richard Kilroy, Tina Berning and Tanya Ling – though if you were to ask her favourites, the list would constantly be growing and ever changing. In love with her craft, Shrinivas’ finds inspiration from the conceptual to the likes of SHOWstudio’s #STYLESHOOTDRAW series.  Fashion editorials have always informed the way she draws so atmosphere and feeling have (and will always) be key components of her style.

Shrinivas is set for her first exhibition Sing into my mouth  sees her collaborate with Nuala Swan mixing fashion photography and her illustrations as part of Edinburgh’s International Fashion Festival. The team up also sees Emily Fulton and Laura Meek combine forces which has provided the artists a safe space for playing and exploring and really excentuating each other’s strengths. As a result the exhibit that’s set to launch next week features acetate, on model projections and large prints that are unflinching, intimate and unbelievably beautiful.

Sing into my mouth opens Thursday the 2nd of November at Hill Street Design House.