Dia de los muertos or Day of the Dead has seeped in to the pop culture consciousness with sugar skull imagery and make-up tutorials 10 a penny.  And while pop culture certainly had its own influence on the traditional Mexican holiday (we can thank James Bond’s Spectre for the large parades less than a decade old)  – Dia de los Muertos is far from just calaveras (skulls) and pageantry. When Scottish photographer Emily Wylde was invited over by Bran Symondson  she couldn’t have quite expected how much of a culture shock it would be.  A year later she’s set to preview her first solo exhibition “Dia De Los Muertos” showcasing an array of intimate and often surreal snapshots from her time in Mexico. 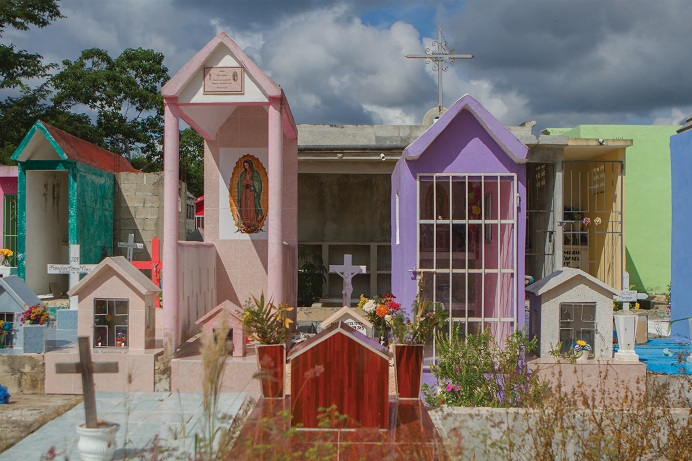 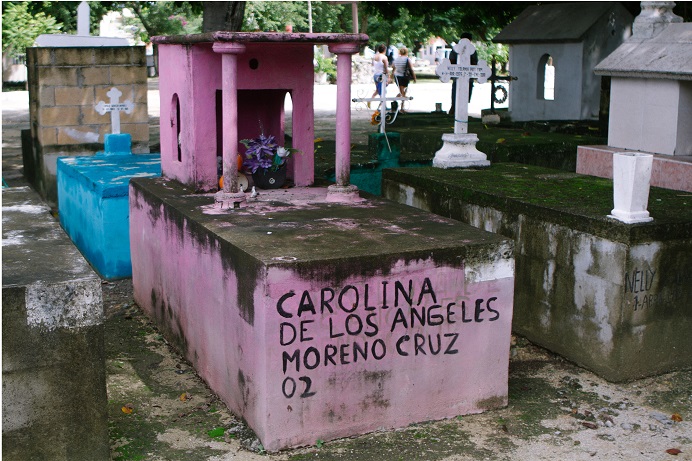 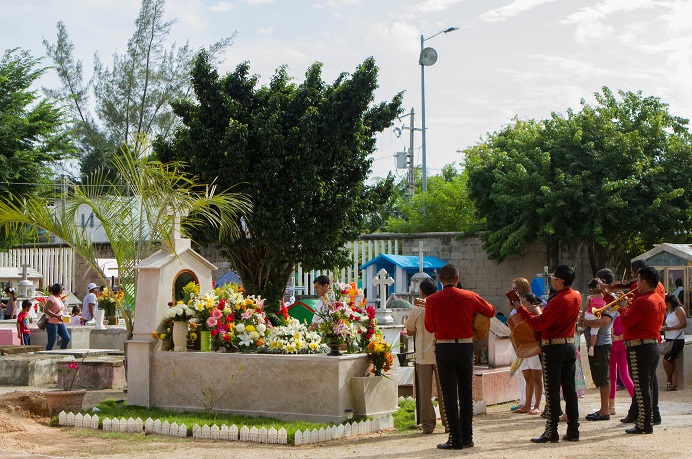 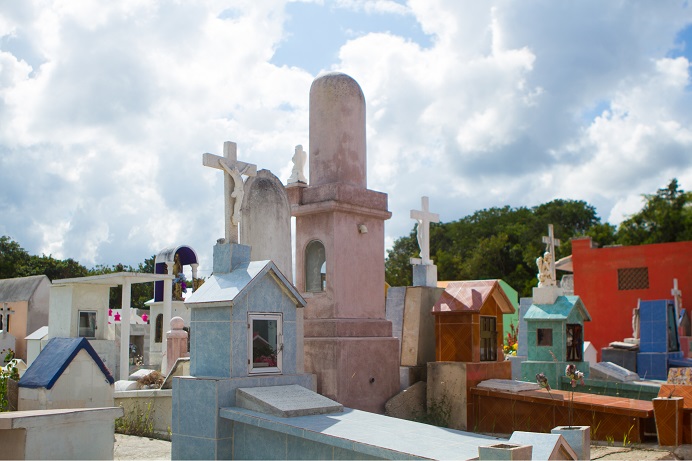 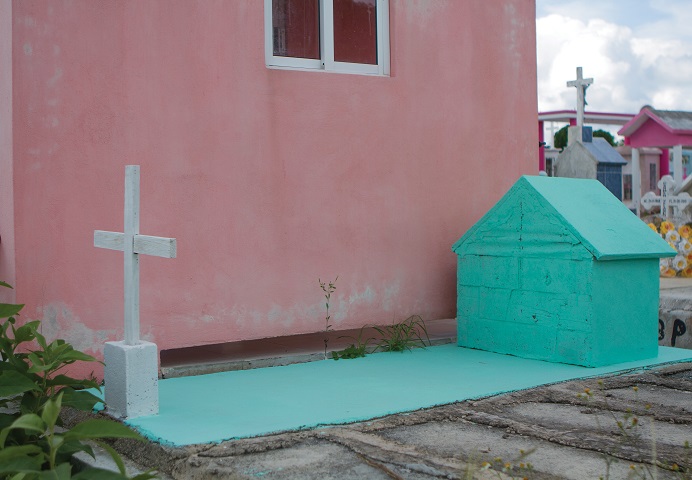 “It feels a bit like a market.” Emily says. “There’s this real hustle and bustle with families eating and drinking around and on the graves.” And while the picnicking with dead definitely seemed surreal it was hard not to get swept up in the celebratory atmosphere. “It would be this real matter of pride where you would be walking through the graveyard and people would be telling you stories of their family members. You can’t imagine going to a graveyard in the U.K and just striking up a conversation with someone about who they are there to mourn. They’d think you were completely bizarre. Here though it’s keeping them alive.”

This pride and celebration of the dead is captured in Wylde’s dreamy imagery, whether that is street vendors selling flowers to decorate shrines, families exchanging favourite sweets graveside to full blown mariachi bands playing music between the tombs. “Families will pay mariachi bands to play their loved ones favourite music and it was one of the times when I saw people get really emotional. They’d be singing and crying and after just laughing like it was all very cathartic.”  The easiest way to describe it though even if a bit simplistic? “Like carol singing. For the dead.”

The party atmosphere was certainly expected but none the less surreal for Wylde but something she really enjoyed was the ritual reverence ahead of the main celebration. The festival spanned across 3 days and beforehand she would walk round graveyards where families would be cleaning and decorating tombs using bright paint, Aztec marigolds and large floral crosses.  Some graves were more elaborate than others with small shrines built on them for the spirits to visit while more modest graves would still feature something personal to whoever was buried there.

While it wasn’t the parade she had expected visiting Mexico during Dia de los muetros was unlike anything Wylde had experienced before. “It’s a real celebration and they have this more positive attitude toward death.  It’s a different kind of mourning – making the most of a person’s life and looking forward to the future by looking back.”  Wylde had never really thought about death and feels the experience has helped better prepare (if there is ever a way to prepare) for death and her attitude towards it. The focus being less on the loved one no longer being with them but being thankful for the time they had with them and feeling closer to them through stories, music and food.

“The graves are so colourful it’s hard to be negative.”  And looking at some of the photos ahead of her exhibition it’s easy to say why. They are a far cry from the grey slabs of the necropolis, instead in a mix of pastels and primary colours. There’s no uniformity here, each tomb decorated to be as unique and individual as the person who is buried there.  Death and remembering loved ones is made to feel less sad and instead a beautiful thing to celebrate.

Emily Wylde’s Exhibition “Dia de Los Muertos” will run for 1 night only at the Old Hairdressers November 2nd from 6.30pm.