Or as much bustle. Fashion it turns out it even more circular than I thought. And the late 1800s loved a bitta bustle. 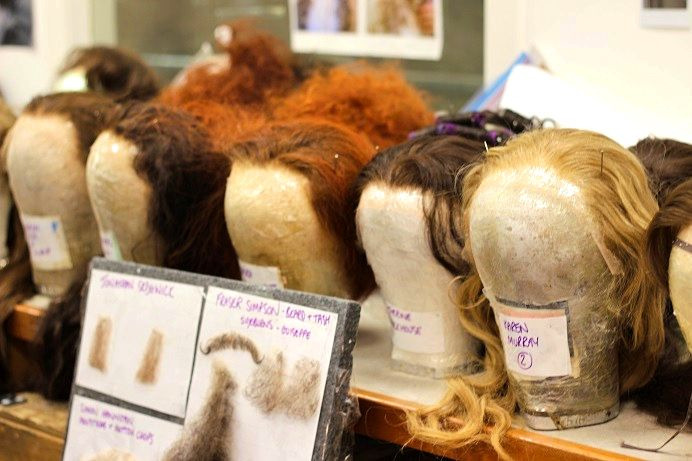 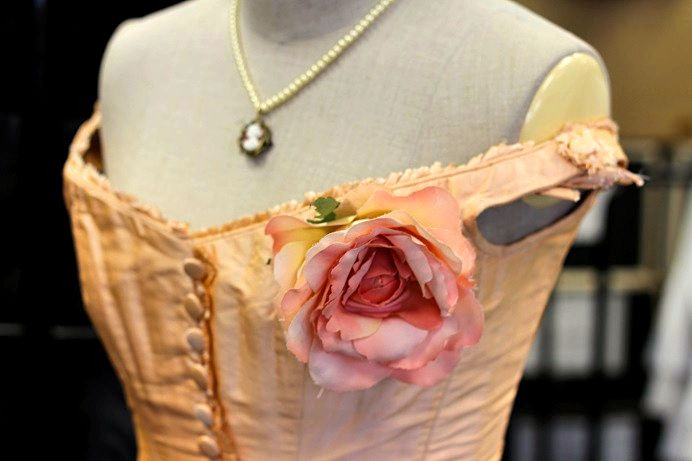 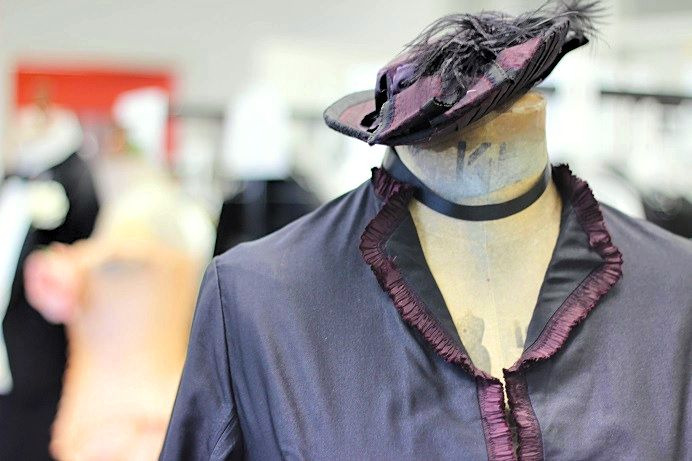 But then everything about La Traviata is a little bit too much. It’s OTT, utterly sumptuous and shameless in it’s extravagance. Its peacocking sex appeal and a mastery in storytelling through costume. Whether that’s in the virginal blush gowns of the high society débutantes or THAT iconic red dress worn by our heroine Violetta, costume has always had the power to fill in the blanks. It’s emotional shorthand that for me at least is what really brings a show to life.

I mean, when we go to the opera we want it to be big right? And La Traviata has that in spades. It is humongous. So yeah, going behind the scenes and meeting Scottish Opera’s Head of Costume, John Liddell, was nothing short of inspiring. Part of it’s the ease and enthusiasm Liddell has for his craft (and indeed his team.) Or his somewhat endless knowledge of the archives of Scottish Opera and his ability to rattle off influences that inform and inspire any production Scottish Opera work on. And the team. The team fusses down to the finest detail, all under Liddell’s watchful eye – working with Tanya McCallin’s vibrant designs. When it comes to stage I guess I always expected an element of cutting corners. Who is going to see that detailed embroidery when they are sitting up in the gods? But there’s a real matter of pride here. And that’s making historically accurate – from cut and colour, to the fabric it’s constructed with. The costume department at Scottish Opera apply an understanding of historical garment design unlike anything I’ve seen but always always always making sure it’s beautiful. And practical. The fact that singing in a corset is not only possible but comfortable? Well that was a revelation but they are made for each performer and act more like a second skin than a restraint.

Your standard (is there such a thing?) opera will have between 150-200 costumes and a gown will take on average 2 weeks to make. From scratch. Box fresh it ain’t. While on occasion if there is a period uniform piece (police officers, army et al) everything else is made in the Scottish Opera studios. Costumes are designed and constructed (and toured and tweaked) and really to call it art sounds like hyperbole but that’s what it is. Practical beautiful art. It’s not even like these costumes are chopped and changed between shows either. Each show has a different mood, ambience and place in time so the work that goes in to creating costumes for something like this can’t be over-stated. The job, like the opera, is big.

La Traviata though scratches all those little fashion itches that I crave from the theatre. There’s a big dramatic dress, there’s lingerie, finery and drama and decadence. It’s hedonistic and heart wrenching and unbelievably beautiful. And that’s before they even take to the stage. After all costume design and production has always been about about one thing. Telling a beautiful story, even if it ends in a little heartbreak.

La Traviata is currently touring Scotland and you can catch it until the 2nd of December and you can creep at my behind the scenes adventures for yourself.