I’ve been using oral contraceptives for as long as I’ve been having
sex. Which means, in short, that I hadn’t had a natural period for over
10 years. Even through long periods of singledom I’d use my pill as a
handy back up (please don’t do this) as a way to control my period by
doubling up if I had a holiday (please don’t do this either) but for the
most part out of habit. 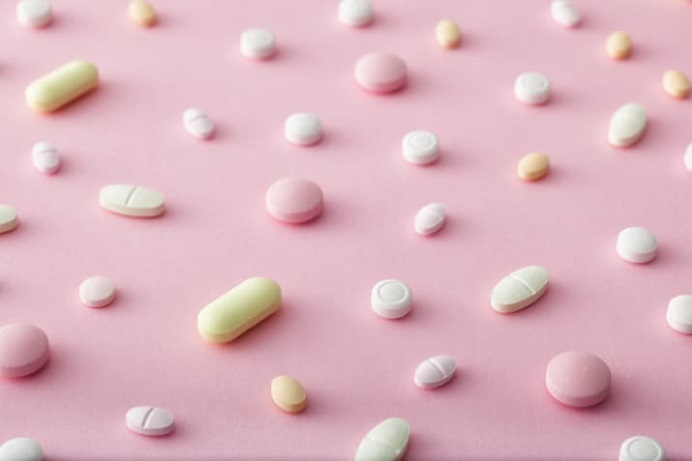 As with any oral contraceptive, my pill came with an element of risk.
Increased chance of cancer, which runs in my family and an increased
chance of depression. Well hello there! It’s a chemical cocktail I don’t
need to submit myself to, and increasingly, more women are opting out
of the contraceptive pill.
When I came off the pill I found myself anxious as hell for the
first, say, 6 weeks. There was the genuine fear I had accidentally got
myself pregnant (lol) or I had buggered up my insides beyond recognition
(I hadn’t been for a smear for a long time; also please don’t do this.)
I am prone to default to the worst case scenario, constantly. It means
I’m great with planning, not so great with anticipation. The one thing I
really wished someone told me? Was that you’re not going to go back to
your regular flow right away. Fucking goodie.

It was 6 weeks off when I got my first period sans pill. I don’t
think I’ve ever been happier to have to go buy tampons. Like, giddy,
thank fuck, there you are old friend happy. As I read through leaflets
and online I increasingly discovered this was a) fairly normal and b)
not the last of it. One friend came off her pill a year ago. She has had
3 periods in that time. 3. We should all be so lucky.

Though seriously, women are still held responsible for this whole not
getting pregnant business. And 3 periods a year isn’t the norm. Or not
having a period for 3 months because you’re period gets in the way of
your plans.

And all of a sudden, there’s all these women in my friend group using their smartphones as a contraceptive. Apps like Natural Cycle and Daysy
are becoming increasingly common, as women are taught to be more in
tune with their ovulation cycle – something that’s primarily been in the
domain of couples trying to get pregnant, but more so for those looking
for a more natural way to stay in tune with their body. It’s a matter
of taking your temperature, tracking your cycle, and keeping to a
traffic light system (red days to remind you to stay protected) to green
for the all clear.
And the thing is? It’s effective. Natural Cycle’s in particular has
been given medical clearance as a digital contraceptive if used
correctly (the caveat that comes with any contraceptive really.) And
surely anything that allows you to get more in tune with your body and
not have you searching for that last packet you swore you had somewhere,
is a good thing, right?

Natural Cycles has 300K users worldwide and is taking the UK by storm
with over 10,000 new users per month, with more women in the UK using
the app than any other country in Europe.

It’s a great idea. In theory. I think if you’re in a long-term
relationship and have reasonably high levels of self control it can be
great. Yes, there’s an increased chance of pregnancy when if you have
sex on off days. There is an element of classicism and the expectancy
for everyone to have a smart phone, or hell, for people to know how to
use it correctly. If you’re single this isn’t something I’d use as your
back up on baby times. Condoms remain the main stay if you want to
remain disease and baby free, and a thermometer and a tracker from the
app store isn’t going to cut it there.

Since coming off the pill I’ve certainly felt happier, healthier and
all around more balanced. I think that it’s certainly important to be
aware of our bodies natural cycles and make informed choices about
what’s right for us at different stages of our lives. Maybe some day I
will use something like Natural Cycle as my prime form of contraceptive.
Or the coil. Or I’ll go back on the pill (never say never ever right?)
Either way, it’s giving women more options, and fuck it if that isn’t
just all kinds of brilliant.