I don’t think I’ve seen my news feed so excited about a restaurant launch, since, well, ever. But then, a restaurant that changes every six weeks with menus inspired by places and memories? Who can blame them? Six By Nico goes all out with the nostalgia vibes for their inaugural menu launch “The Chippie.” How can you not be totally hyped by something like that? So of course I booked in. Really, how could I not? I would get to eat everything on the menu (taking away the whole dining paralysis when everything looks good) and I’d be getting a full story told through food.

Sunday night and Six By Nico is heaving. It’s a small restaurant for sure, but for late on a Sunday night they were packed. The vibe is relaxed, clean and minimal with the exception of the large neon VI and the screen above the restaurant, showing a live-stream birds eye view of the kitchen plating up which is a nice and unexpected tough. Story really is king here. 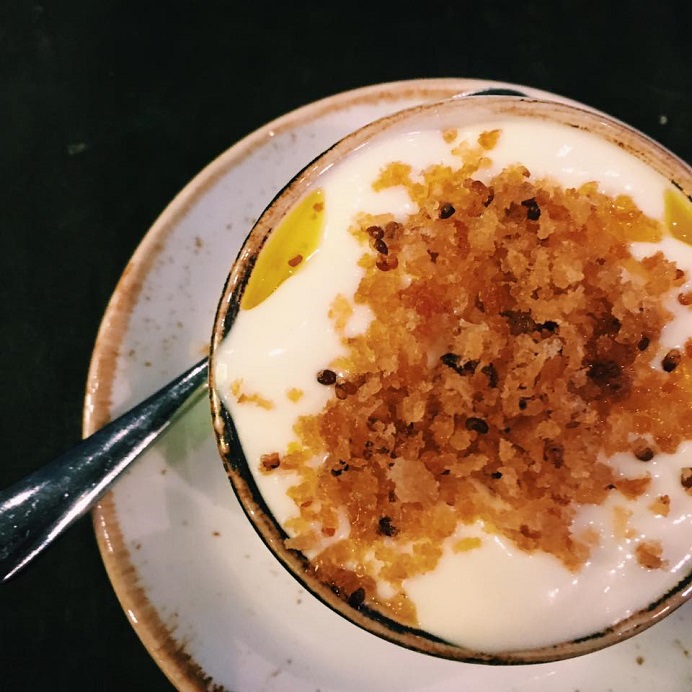 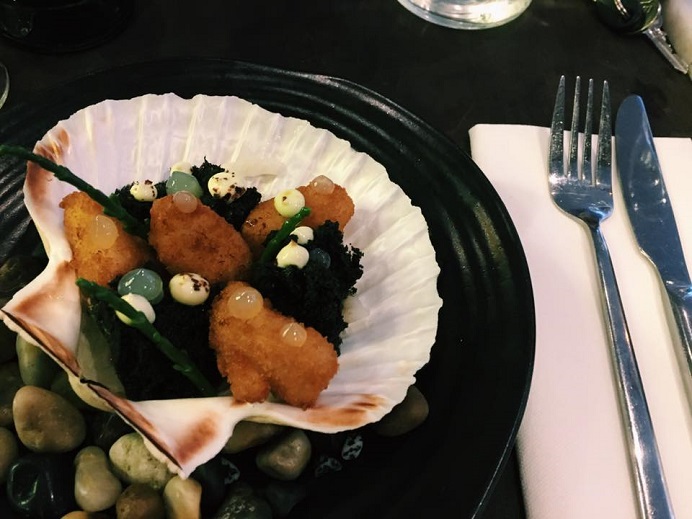 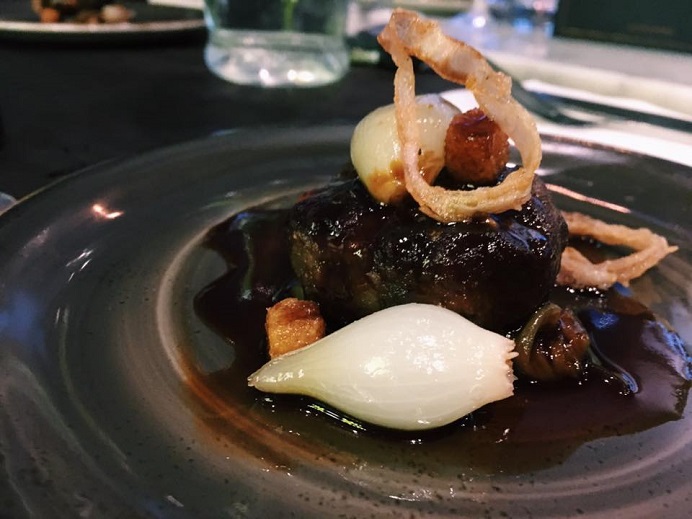 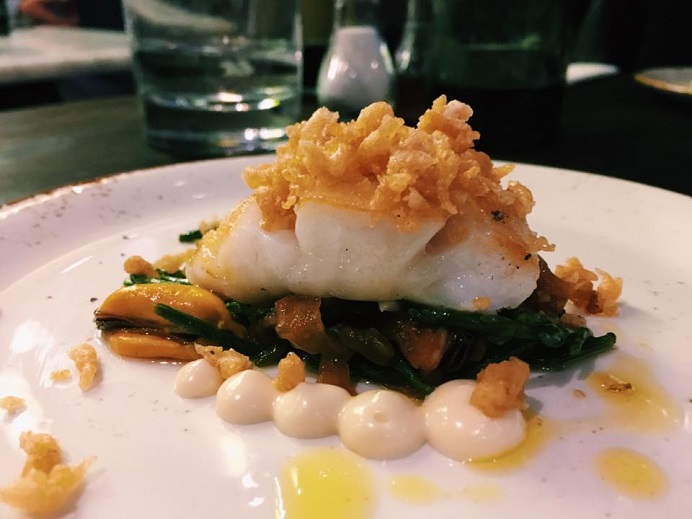 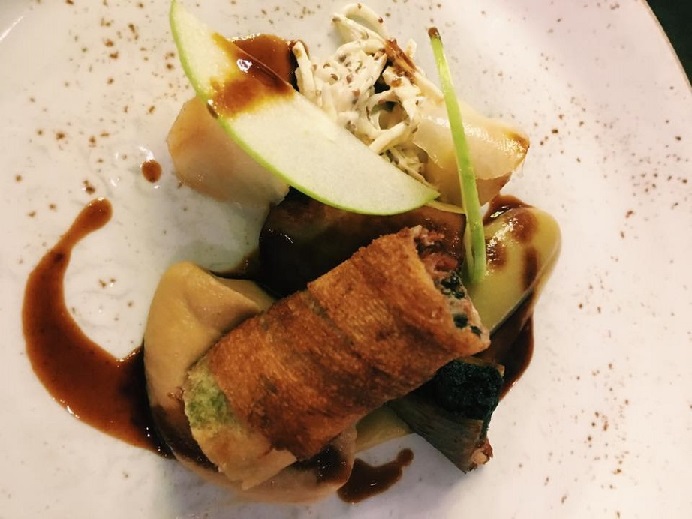 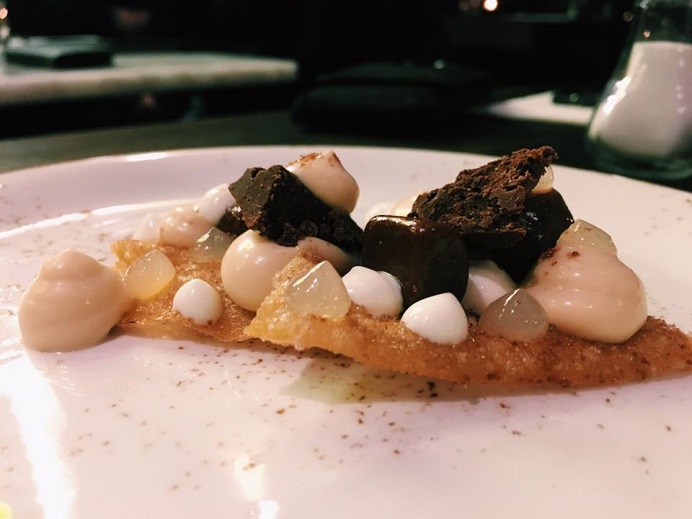 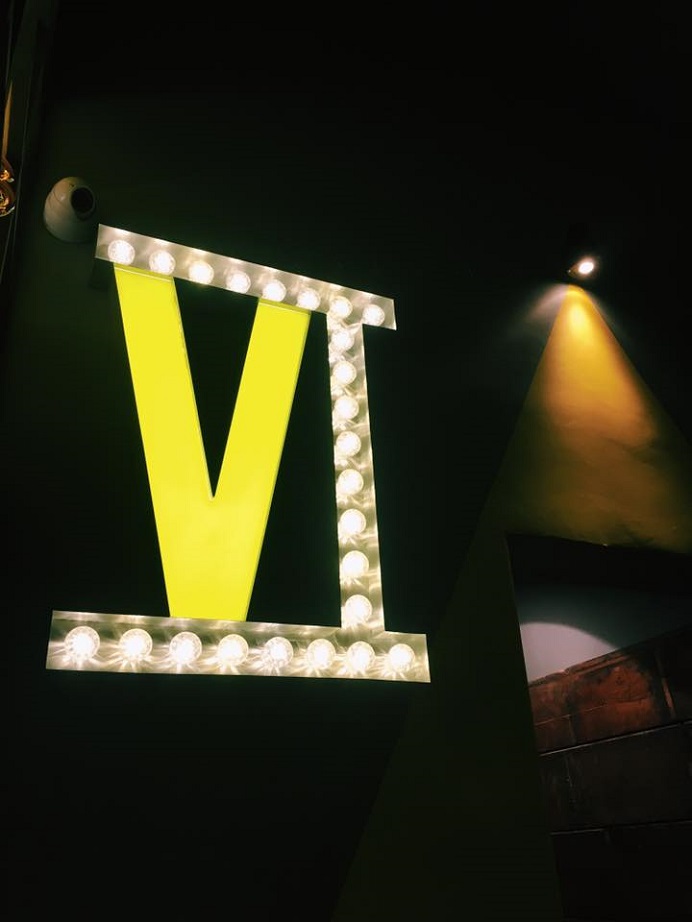 It’s fitting that it starts off with a dish that finishes off so many nights. That’s right, we’re talking chips and cheese.  Served in a teacup, it’s described as a crisp callenoli with a crowdie moose. SOLD. The moose is actually very rich and evokes the kind of warmth and comfort only comparable to a really great round of chips and cheese. It’s familiar except with a more mature sharpness that’s very pleasant. We found that we had more of a potato gratin than a callenoli, and if I’m being completely honest, if it had been missing from the dish, I don’t think it would have been missed. But I’m now being picky, and I think it lends more to how tasty this is than an actual flaw.

Next up is their little love letter to scampi, that really leans in to the theatrics that Six By Nico are going for. Essentially, it’s like a rock pool on the plate and it really brings back some of the magic in dining.  The monkfish cheek was light and meaty and I was obsessed with the sponge cake soaked in squid ink. Round three found itself in more familiar territory culinary speaking with the steak pie which flavour wise was the more similar in really capturing it’s namesake. The steak pie has a braised beef shin that falls apart on your plate and melts in your mouth.  Mad delicious and a favourite all round. We continued with the chippie stalwarts with the arrival of the special fish, complete with batter and instead of chips served here with sea vegetables and pickled mussels. Fresh and perfectly balancing the saltiness of the batter with the pickles, this really was a delight to eat.

Of course, we can’t not talk about the showpiece. The dish that inspired a thousand boomerang videos (guilty btw.) I am of course, talking about the smoked sausage. Served under a smoked dome, this is theatrical food done well. The drama itself is great – it’s even better when the food exceeds it. The pork and black pudding sausage is wrapped in a crisp potato spaghetti and offset with apple sauce and what I can only imagine is the bougiest brown sauce ever.  For dessert, we also look towards another icon. The deep fried mars bar. Which we’ve all tried. Admit it. I thought this one would have been served hot and was initially surprised when it turned out not to be (for me, the fried bar always evoked the caramel melting in your mouth and burning your tongue.)  Malt chocolate, home made nougat and salted caramel all fight for your attention here, with a sharp lemon to counteract the overwhelming sweetness of the dish. It’s very rich but the portion size is pretty much perfect leaving you more than satisfied.


If you haven’t guessed it, Six by Nico is something that needs to be experienced. It’s as much about the theatre and the storytelling as it is about the food and creates a sense of wonder that can be so often lost. It cost me £25 for the six course tasting menu (add another £25 for the drinks accompaniment, we stuck to a bottle of fizz) and it was worth every penny. The six-week time frame lends enough to the sense of urgency and following the well-deserved hype of their launch menu, looks like it will continue to keep Glasgow foodies captivated (seriously I already can’t wait for their next menu drop!) The Chippie will be served will the 23rd of April so make sure to get yourself booked in  to Six By Nico soon!