I love going out for dinner, and after starting a new job, well – what better excuse to head out? Glasgow’s not hard done by for great places to eat, but sometimes you just want something simple done beautifully.  Byron are known for stripping burgers back to basics and focusing on great ingredients, making them a lead competitor in Glasgow’s infamous Quarter Pounder Quarter. After checking out their Edinburgh restaurant earlier in the year it was only a matter of time before I made my way to their West George Street offering. With the promise of irn bru milkshakes and a Japanease inspired special, Glasgow’s Byron was ticking all my boxes before I even stepped through the door. 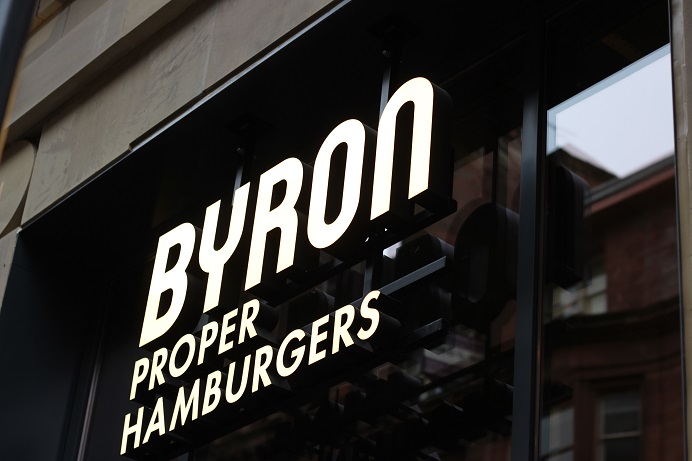 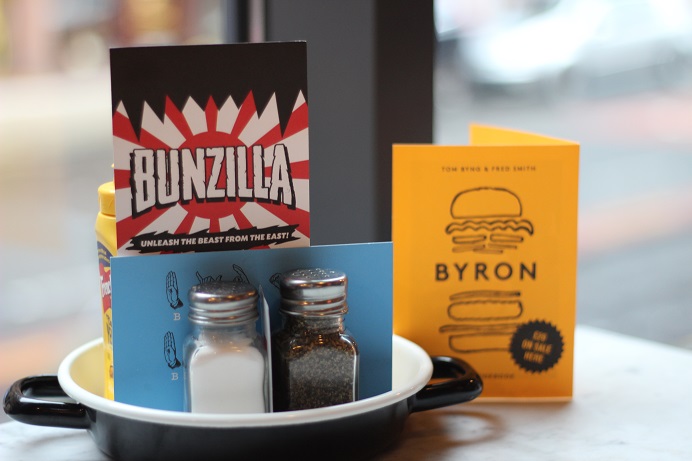 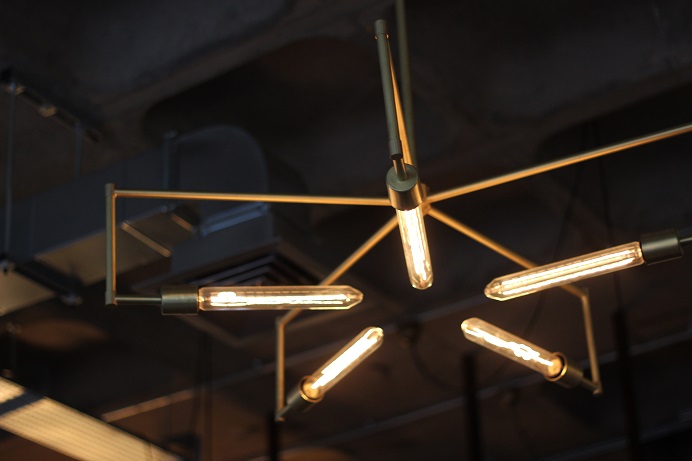 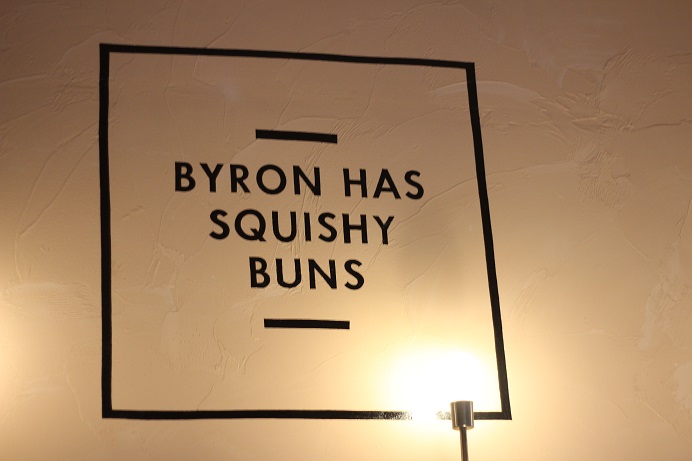 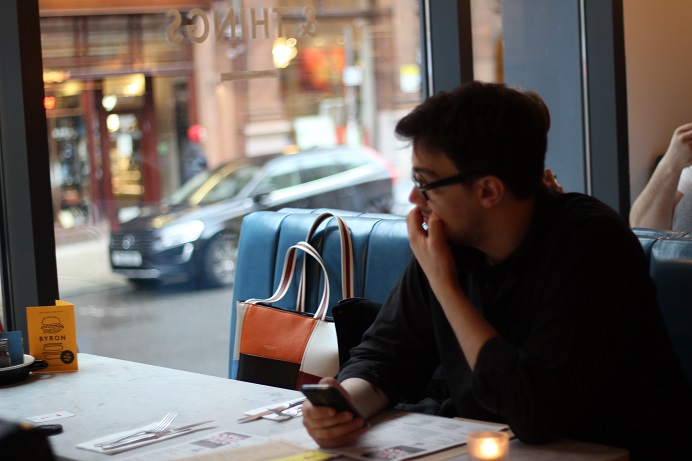 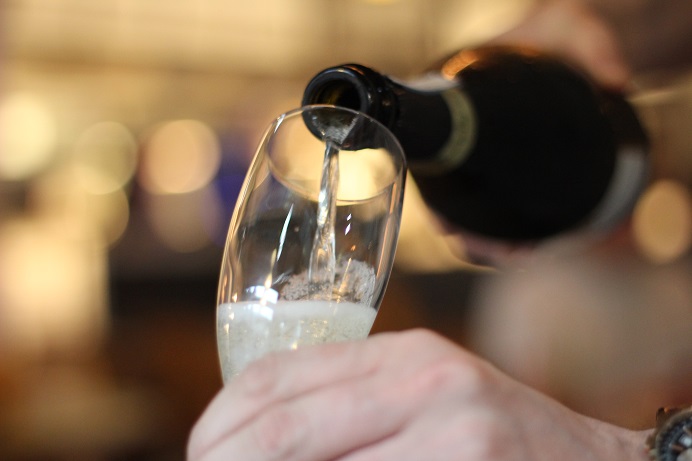 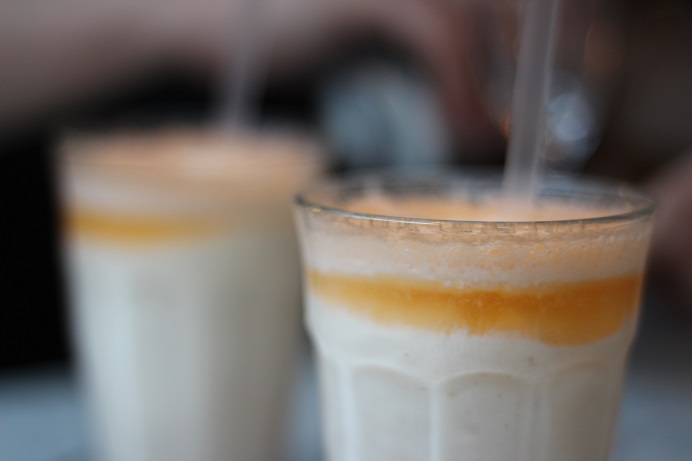 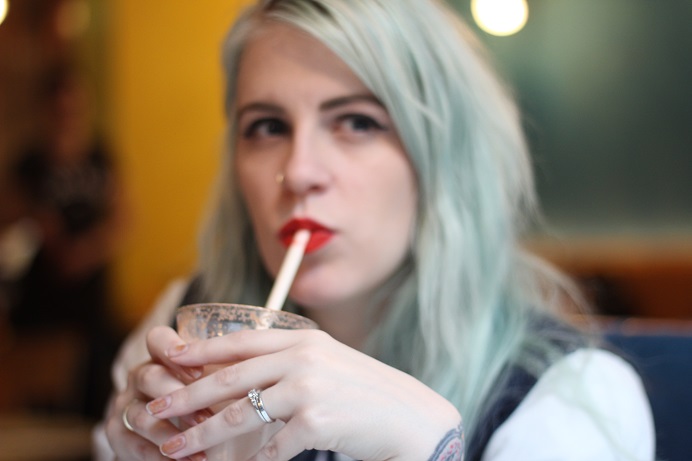 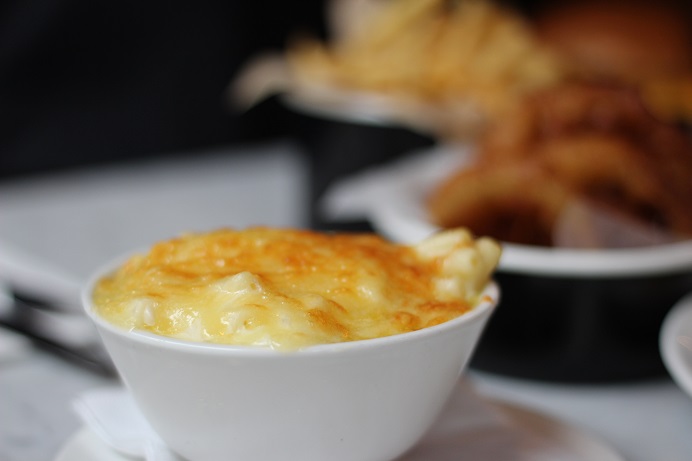 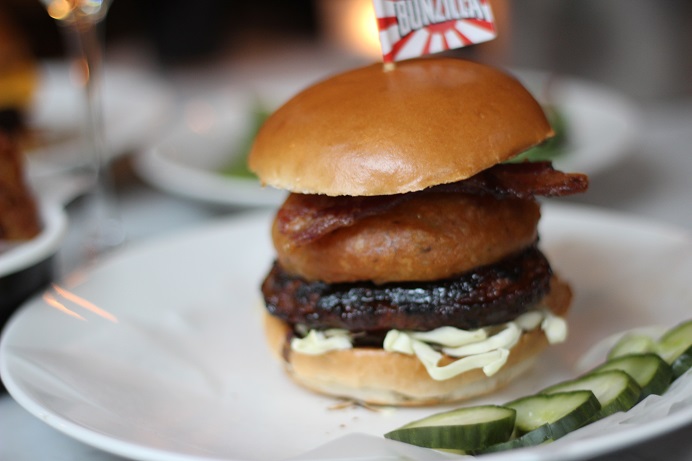 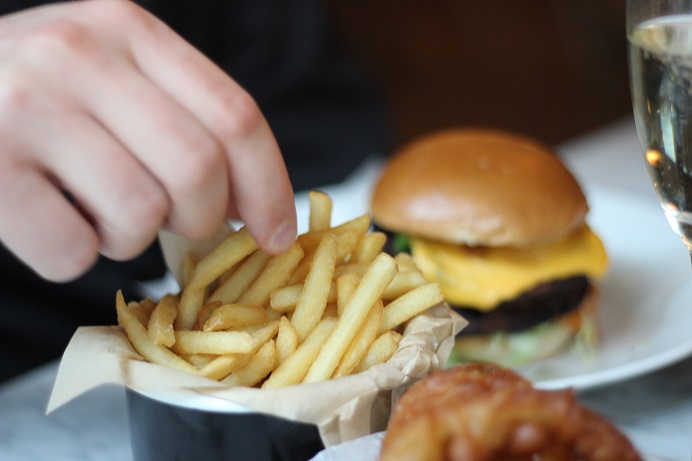 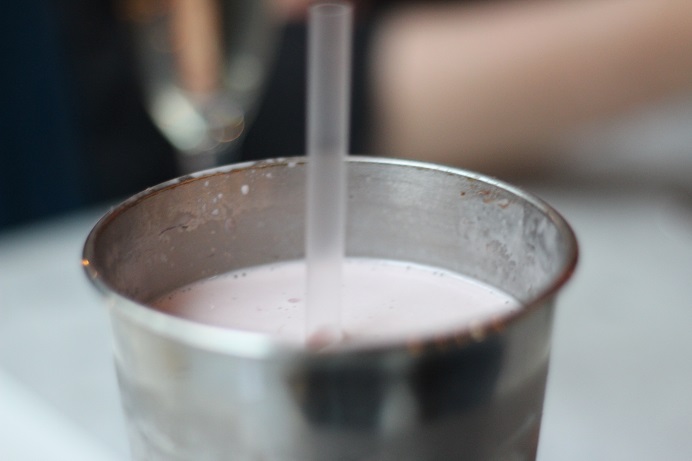 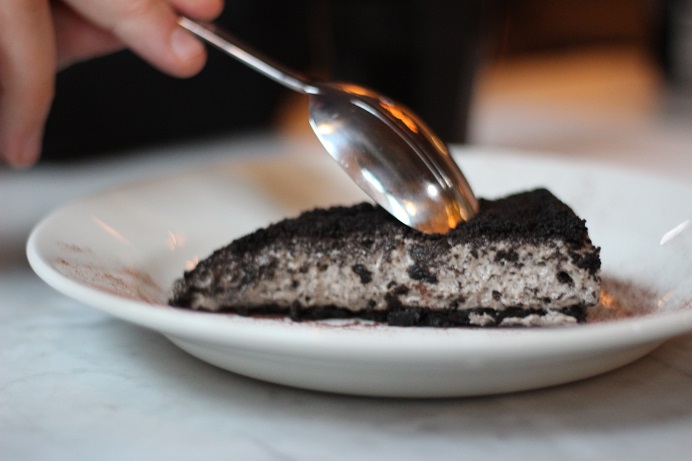 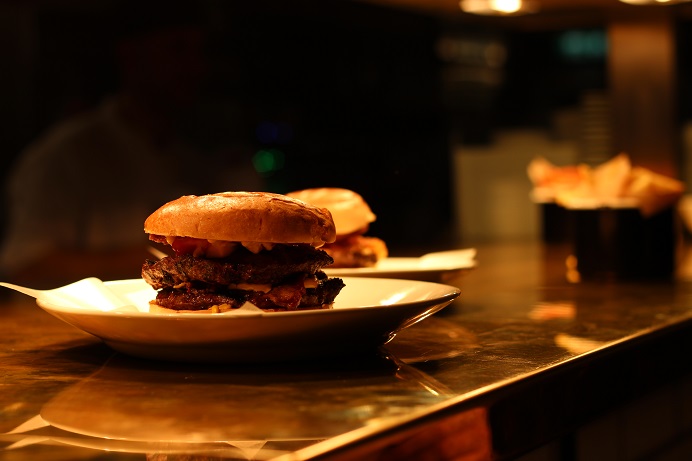 Paul went for the chilli burger doubled up while I knew I had to give the bunzilla a go. For sides we went for classic fries, onion rings, macaroni cheese (obviously) and a salad.  The bunzilla was inspired by head chef Fred Smith’s  recent trip to Japan and features a soy glazed patty, miso roasted bacon, wasabi mayonaise, a large puffy onion ring and crunchy white cabbage.  The chilli burger is everything you’d want for those looking for a spice kick including chipotle mayo, green chillies and a slice of gooey American cheese.  The bunzilla in truth isn’t for me. It’s made up entirely of things that I like, but this hyper savoury option was a little bit too much for me. The white cabbage I could have done without and what was really missing for me was a slice of cheese (it’s not a burger without it.) I really loved the miso bacon though and it was a really pleasent addition to the burger. It’s not a bad burger by any means, it just didn’t quite the hit the mark for me. The chilli burger Paul ordered?  Inhaled. You don’t really get a better recommendation than that.

The sides were great, and I still think Byron do one of the best sides of mac on the market – though ours could have been a little bit hotter. The onion rings are the perfect mix of crunch and fluffiness, fries a classic and the salad perfect for adding some lightness. We gave courgette fries a miss this time but from previous visits they always go down a treat.

Byron are really known for their hard shakes. While the irn bru milkshake isn’t a permanant addition to the menu it really should be. The husband was pretty dubious about it till he actually tried it. “Delicious. You win.” With irn bru milkshakes we all win Paul.  They are super filling though and can imagine with  a shot of bourbon would be near leathal.  The strawberry milkshake with rum though? Definitley worth ordering and a great alternative to the dessert menu.

Speaking of dessert, the menu is pretty rich skewing towards caramels and chocolates. With sundaes to dense brownies, their sweet menu is perfect for those looking to split something after the meal. The oreo cheesecake is the most recent addition and is beautiful. It manages to give you a sugar hit without being overly rich.

Byron is one of the best burger places in Glasgow in the moment. While the prices do tend to be a little bit higher than similair offerings close by (it’s priced the same as their London restauraunts) it’s really worth the visit. They really care about where their products come from and their’s a real craftmanship to their burgers. Though next time I’m getting mine with freddar cheese.