It’s easier for me to point out the times I’ve felt good about my body, not because that’s the status quo but those flashes of confidence are so few and far between. Any time I’ve ever felt sexy or powerful, or liked the way my body looked or moved have been so scattered that those moments stand out. My attitude to my body has been apathy at best and right out disgust at worst. 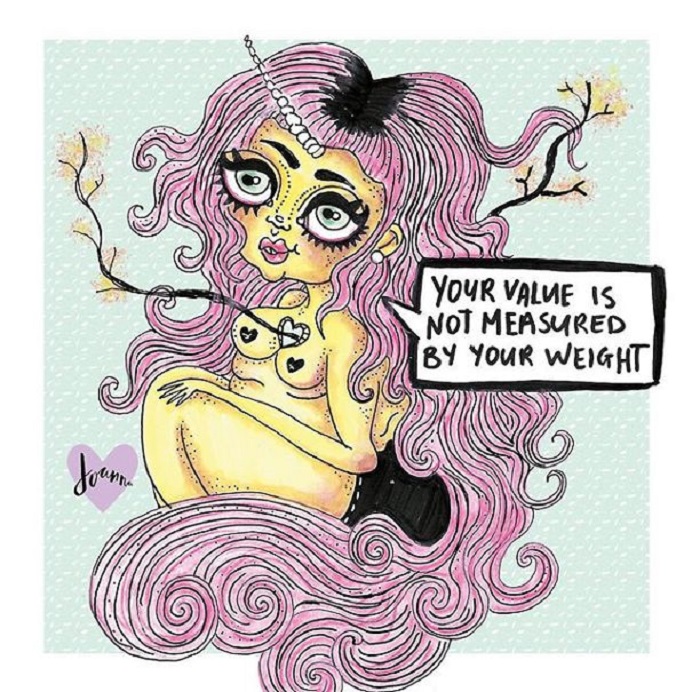 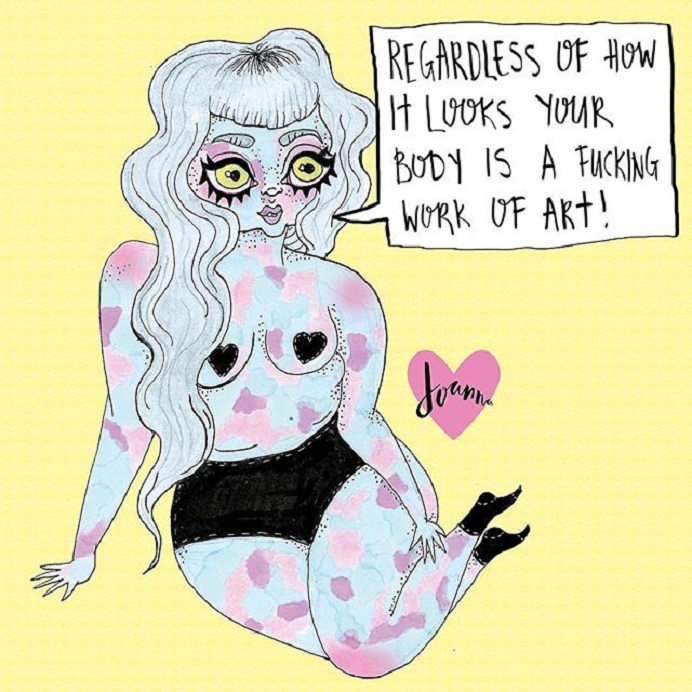 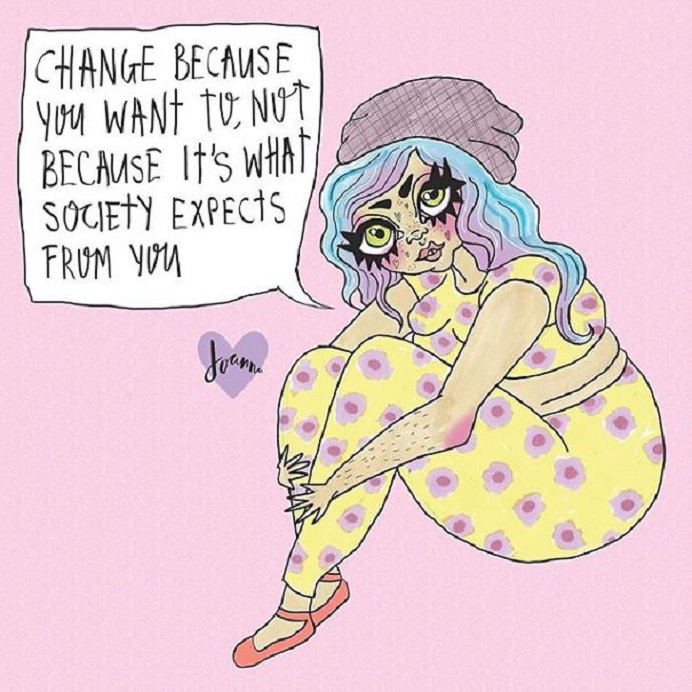 While my mindset  is healthier than it’s been in years I still find
myself slipping back in to old (and dangerous) habits. From washing up
liquid on food to weighing butter by the gram, none of these things make
me feel better. In fact they feed in to everything that I have led
myself to believe about my body. That I am disgusting, weak and as a
result had no value, worth or anything to contribute. Which is
ridiculous right?  So trying to have a healthier attitude to my body and myself by extension has become a bit of a self imposed mission statement.

Of course I can employ body positivity mantras but the tricky part is believing them. It is less about looking at the surface (rugby shoulders, heavy boobs, protruding stomach, squinty teeth – basically my shopping list of self-hate) and examining why I feel that way. It’s recognising the times where I have become obsessive about my body tend to be around moments of extreme stress. Hating my body is less about hating how I look and more deeply entwined with self hate. Externalising that through something superficial and exercising it through controlling behaviours is a coping mechanism that is often circular leading to more of a shame spiral rather than the  nourishing and healthy steps to finding my way out. In the past week I’ve said goodbye to something that’s dominated the last few years of my life in a big way, and as a result I’ve noticed the same unhealthy behaviours crop up in the lead up to it.  My feelings of not being enough (smart enough, pretty enough, funny enough) are projected in to self destructive behaviours, but acknowledging them is half the battle.

Loving my body isn’t going to happen over night but having a healthier outlook is something I’ve been working on for a while. From writing 3 goods things a day, to taking half an hour out for yoga, to surrounding myself with people who fill me with joy and inspiration, all of these things have been conductive to me not fully imploding. I don’t need to feel amazing every day, but I also don’t need to hate myself either.  It’s a bit more looking in than looking out and starting to believe that maybe, just maybe, that I’m enough.