It felt like a defeat. A failure by my very own design. At this point though it was less an act of self-care and more one of self-preservation. There really is only so long you can go staring at the walls, willing yourself to disappear before you need to do something. Anything. Except this didn’t feel like a choice. I was burning bridges, igniting my own scorched Earth policy, and while I wasn’t entirely sure I wanted anything to change (I didn’t really want or feel much of anything) something had to give. I was going to go on anti-depressants. 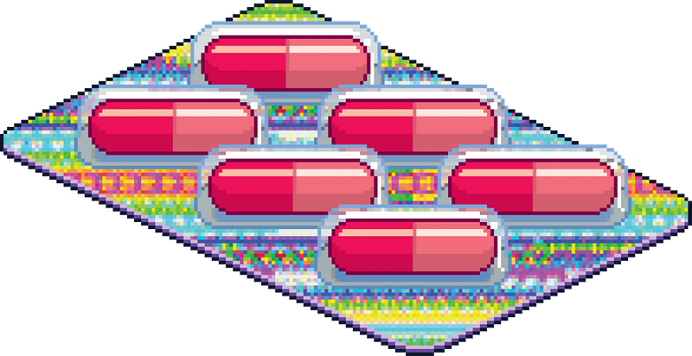 It all feels very hyperbolic looking back at it, but at the time there wasn’t any space for nuance or self awareness.  Therapy was going to take time, and I could barely get out of bed to eat let alone exercise, so medication it was. And it worked all be it not right away.

I must have trotted out every excuse in the book. I still wanted to feel something. I didn’t want to be dulled. I was scared that I would become a hollow version of myself, devoid of creativity and imagination and fight. But it’s kind of difficult to be creative when you’re howling at the walls, unable to leave your bed and not even take a god damn shower. I was empty and overflowing at the same time and the idea that something could help nullify that seemed hopeless, laughable and made me feel, in those rare moments of actually feeling, pathetic.

I’m hardly the first person who’s went on anti-depressants out my friend group let alone my postcode but it took a while to wrap my head around the fact I needed help or at the very least that I wanted it. I approached medication with all the vigour and enthusiasm of a depressive, which is to say there was a lot of eye rolling, considerable crying and the petulance of a rather trying toddler.  For all my preaching about how treating mental illness was no different than any other illness, I was not buying in to it. The two weeks where I couldn’t eat, had constant headaches and couldn’t think were testament to that. But hey, at least I got in the shower.

Then slowly but surely everything started to even out. I found that there was still days where I was sad but I was no longer lashing our recklessly, aimlessly, confused, angry and upset. The feelings didn’t go away but my reactions felt like my own. I had more control over them. And all thanks to tiny green and yellow pills. Oh, and a shit ton of therapy.

Medication wasn’t and isn’t a cure all but it’s a rather handy band-aid to have around. It stops the wound gaping and becoming infected allowing you the time and ability to heal. For some that’s therapy, others it’s the gym, some find solace in painting or travel, there isn’t any hard and fast method of what’s going to work for you. And sometimes you need to go back on them. Up your dose or lower your dose, come off completely or go back on for a year. It’s a process that I’m still going through and I’m not entirely sure when or if I’ll ever feel ready to come off them.  The shame though has gone. That gnawing feeling that I’ve failed is all but completely nullified, because pills and people and processes have helped me take back something I thought was completely lost.