There’s a few things you need to know before visiting Norway. It’s expensive. Like, really expensive. Like, £5 for a coffee expensive. The rumours it turns out are true. You can’t buy alcohol at the shops after 6pm and if you want a bottle of wine, you get yourself to the Vinomonopelet. Oh and it’s really cold. Like -10 frozen lakes cold. Not really going for the hard sell right? Yet Norway is one of the most beautiful countries you can visit and with return flights from £20, I can think of a few reasons to add Oslo to your bucket list. 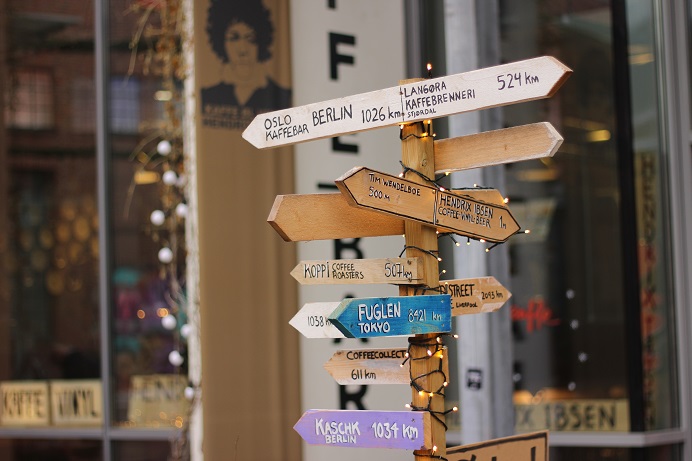 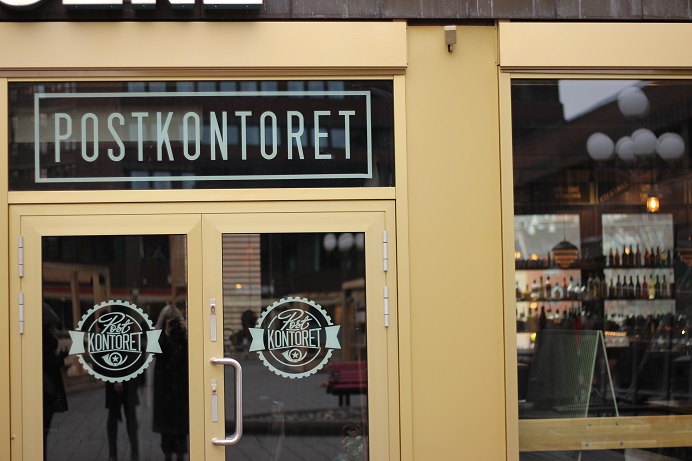 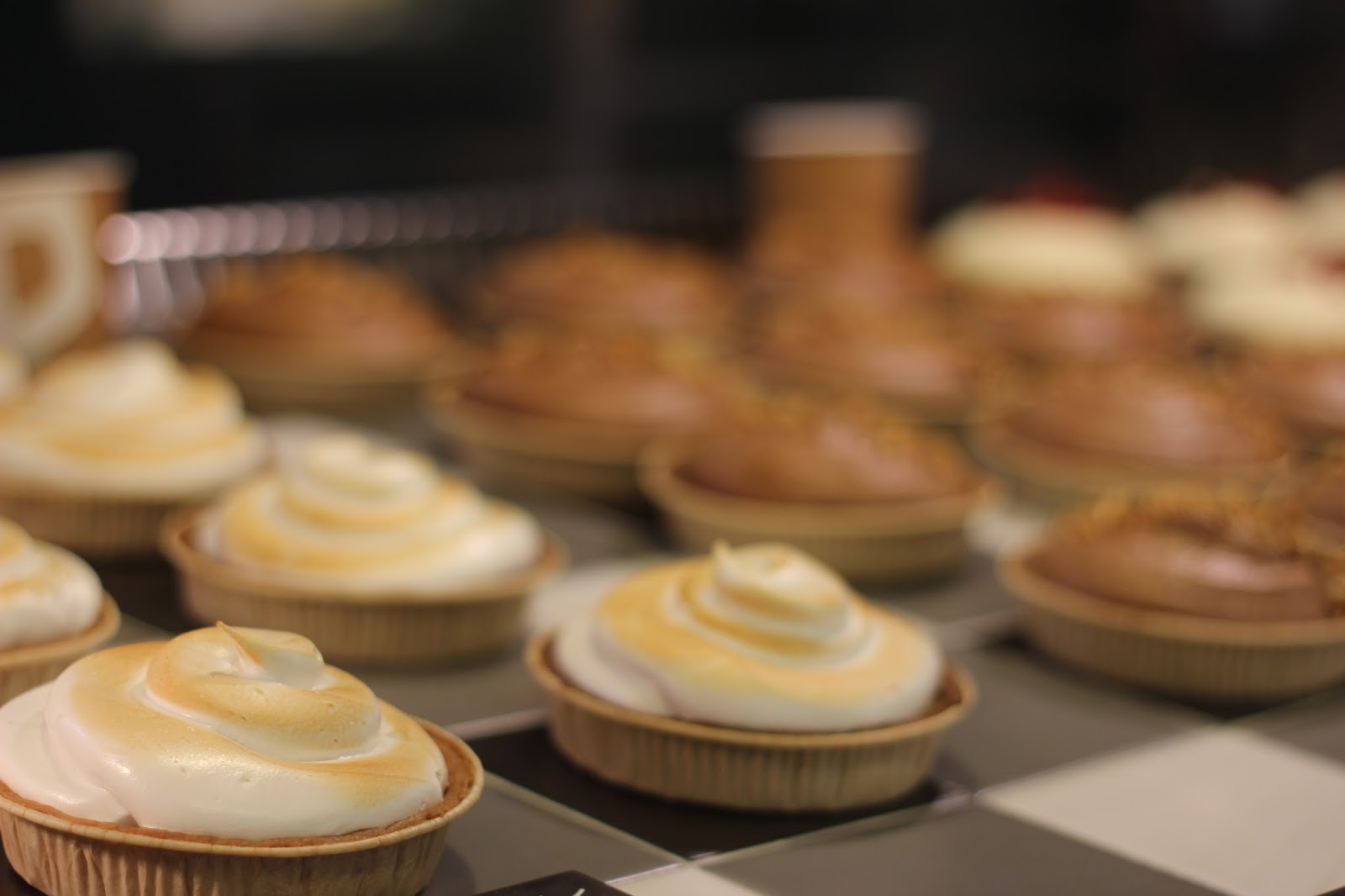 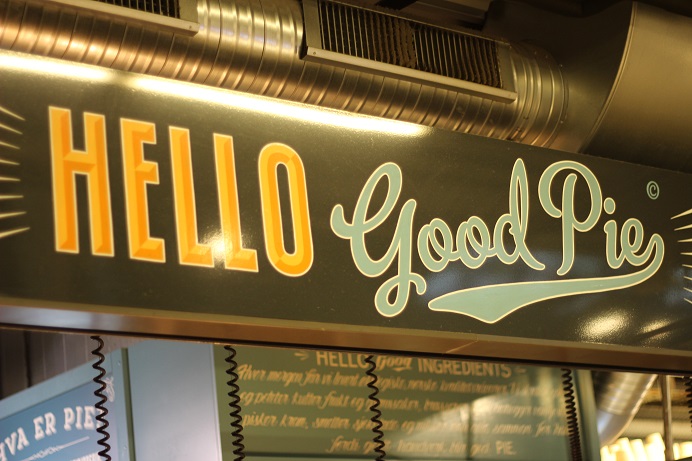 Best pizza in Oslo? Try best pizza in Norway. It all sounds like a cliche to promise “the best pizza ever” however Postkontoret has the accolades and the crowd to back it up. Postkontoret is home to award winning pizzas made fresh on the premises. With toppings as varied as artichoke, avocado, reindeer and blueberries, this isn’t your usual Hawaiian and Meat Feast place (though if that’s the scratch you need to itch you can get it easily enough.) I went for the blueberry and reindeer combo, partially due to curiosity to berries on a pizza. Turns out it totally works.

Pie Out at Hello Good Pie

Who doesn’t want to go to a bakery with a good old pop punk reference? Based in street food haven,Mathhallen, Hello Good Pie is Oslo’s worst keep secret if TripAdvisor is anything to go by. While they have a couple of savouries  – including a cheeseburger pie – it’s the sweet pies you stay for. The beautiful part of going for pies with your friends is that you can in fact try all the pies. Trust me on this though, you’re going to want to go for the lemon meringue.

How many Opera House’s house their own blacksmith, wig makers and
shoe makers? The Oslo Opera House is home to Norwegian Opera and Ballet.
Since opening in 2008, the companies have doubled and the building has
won awards for it’s innovation in design.  Only least year the Oslo
Opera House hosted a performance of Swan Lake with a real lake on stage
which meant neoprene costumes and specially designed shoes for both
gliding and staying still.  Take the tour.  Seeing “The Factory”,
backstage where productions are being built as well as hearing more
about the design about the building is worth the ticket alone.

Affordable
eating isn’t the easiest thing to come by in Norway but Freddy Fuego is the exception. An indie burrito
hut, Freddy Fuege is known for their homemade salsas ranging from the
coriander infused Salsa Verde to the scoville scorching Freddy’s
revenge. 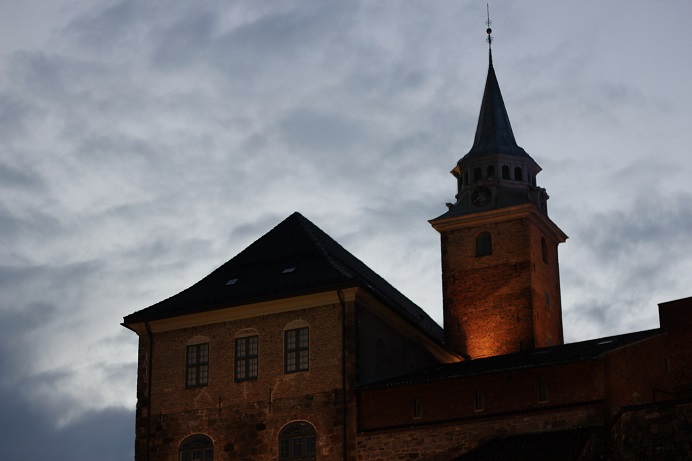 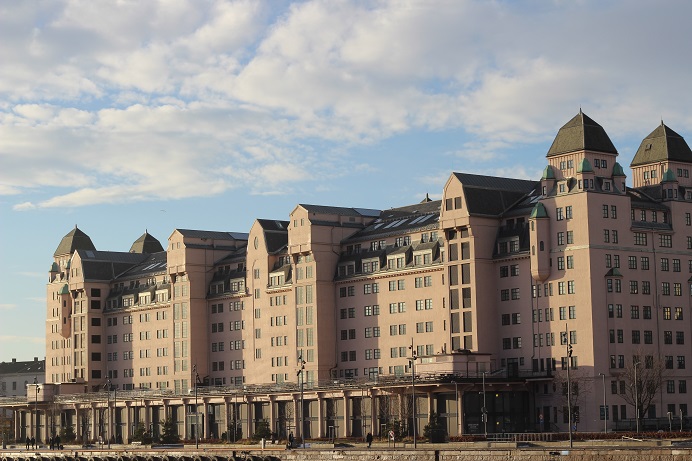 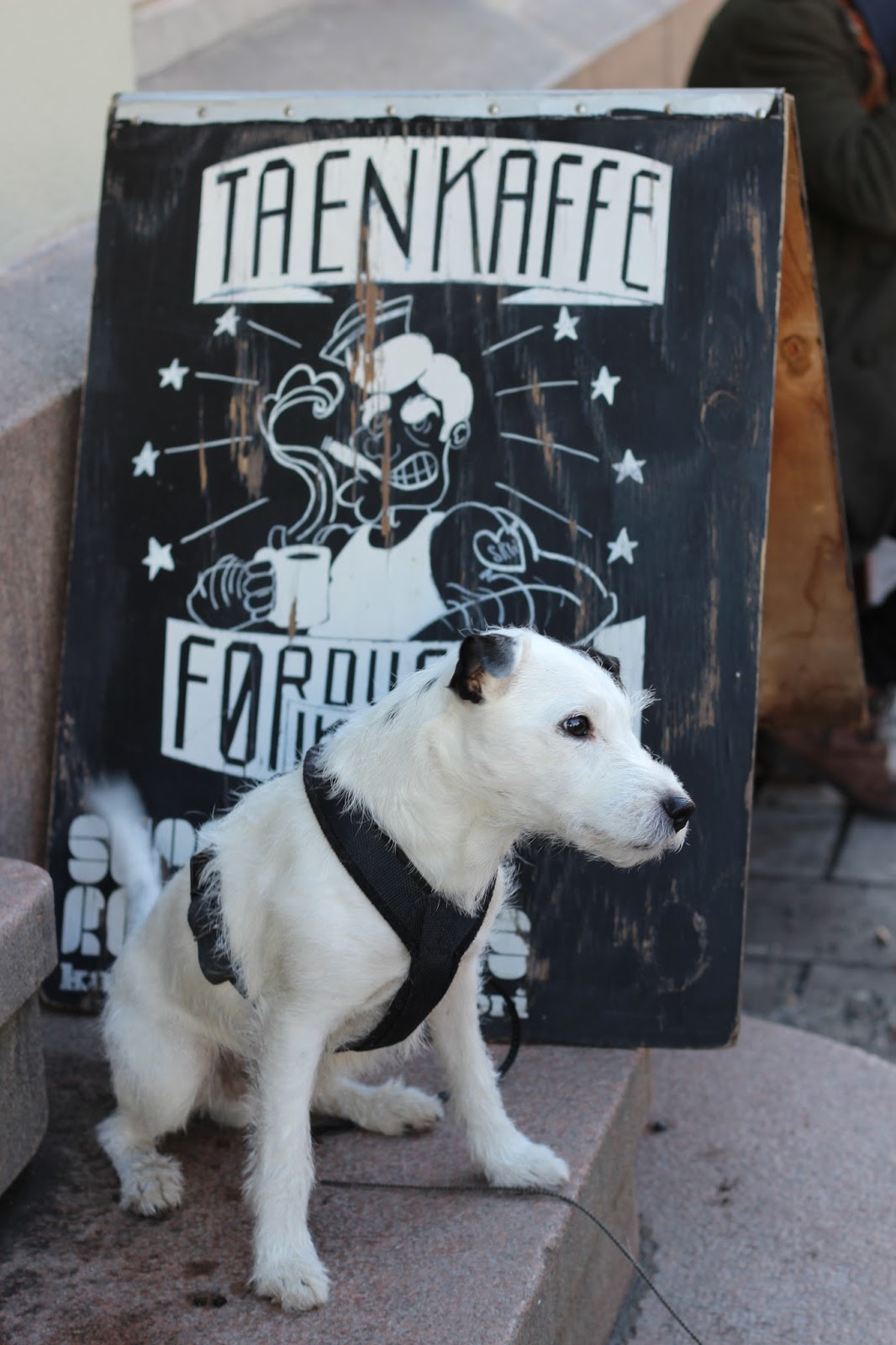 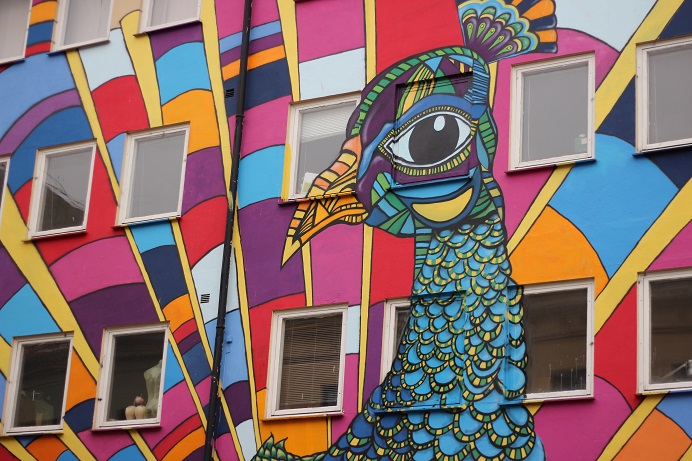 Akershus Fortress is the 16th most haunted building according to google, and while I didn’t see any ominous shadows or feel any spectral pushing, the panoramic views afforded up here is worth the trip. Akershus Fortress remains a functioning military building with tours available in the Summer, a sculpture trail and some gorgeous Norwegian architecture.  Open to the public till 9pm at night, a wonder around the grounds here won’t see you out of pocket.

The coffee is Norway is good. Really good. Hendrix Ispin is across from Mathhallen and serves as a record store come coffee shop. Other than the best coffee I’ve ever tasted they also have a sign pointing to famous coffee spots around the world including Satan’s Coffee in Barcelona and Fuglen Coffee in Tokyo. They also give a nod to Supreme Coffee Works, a mere 1km away. Again the coffee here is great, but Supreme Coffee Works gets bonus points for being the local haunt of my favourite Norwegian, Ludo Parsons.  Go for the coffee, stay for the dog.

Norway might be known for having some great museums but you don’t need an Oslo Pass to see art. Oslo has some great street art and really, wandering around neighbourhoods and taking in graffiti or architecture or just some good old fashioned people watching is part of the fun of visiting a new city.

It’s not for everyone but trying Brunost has got to be some sort of right of passage on visiting Norway.It can feel like you’re ticking a box but you really go need to eat brown cheese. Brunost is a Norwegian whey cheese and is unlike anything you’ve ever tasted before. It’s slightly sweet and nutty and perfect on a cheese board. With wine. That you’ve purchased at a Vinomonopelet. 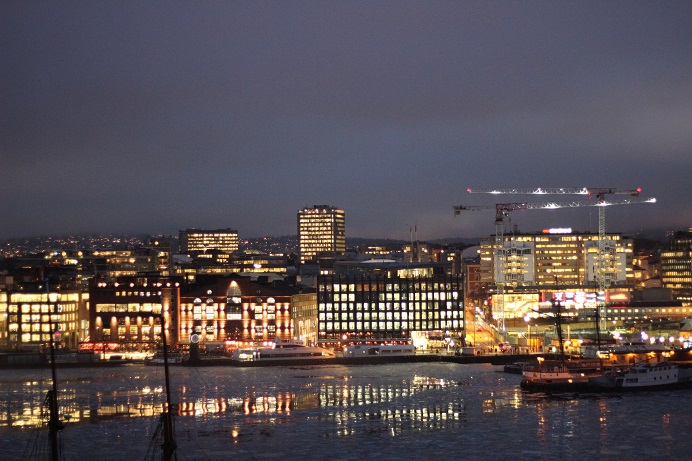 With less than 48 hours in Oslo I only really got to scratch the surface but I managed to tick off some key boxes. I didn’t visit a stave Church but I did eat Kokobelle from a 7/11.  I didn’t manage to go visit the Munch museum but I discovered Smash – chocolate covered crisps – and spent an evening eating Norwegian snacks drinking wine and listening to pop punk with my girls. It wasn’t by any means a budget holiday but it was wonderful and truly worth seeing.