Of all the things that could cause heart-ache on the run up to my wedding, I did not expect it be confetti. And yet, these tiny pieces of paper have kept me up. Does my venue allow it? Is it bio-digradable? Will the tissue stain my dress? How much will I need? The questions racked up from the rational and operational to the straight up insane. Is £200 too much to spend on paper? Could I really dry out my own flowers?  This my friends was my bridzilla moment, fretting over paper shapes. I wanted those god damn confetti pictures, and by god I was going to have them. 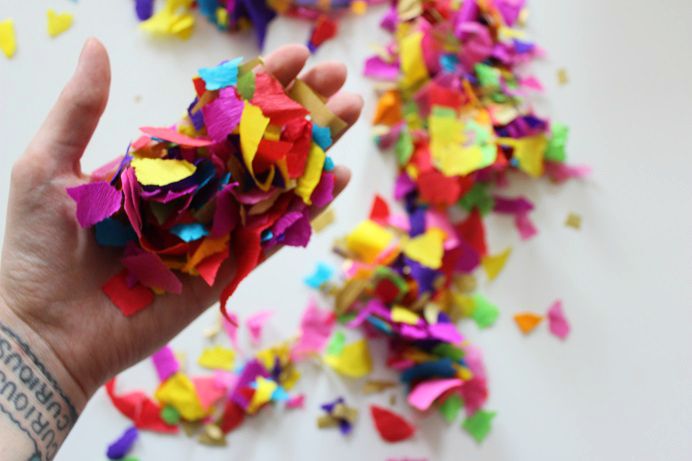 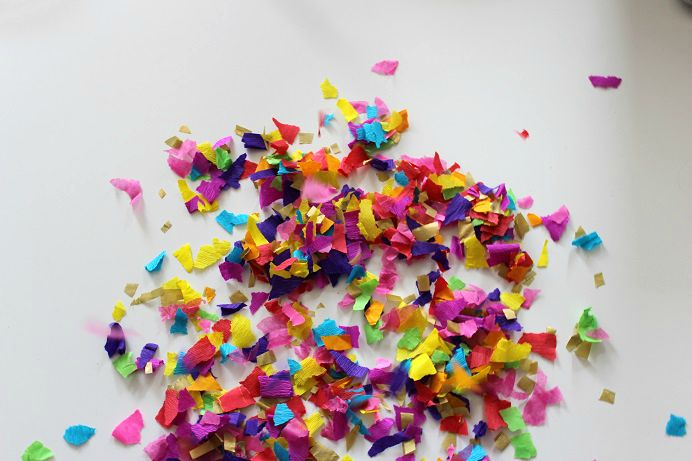 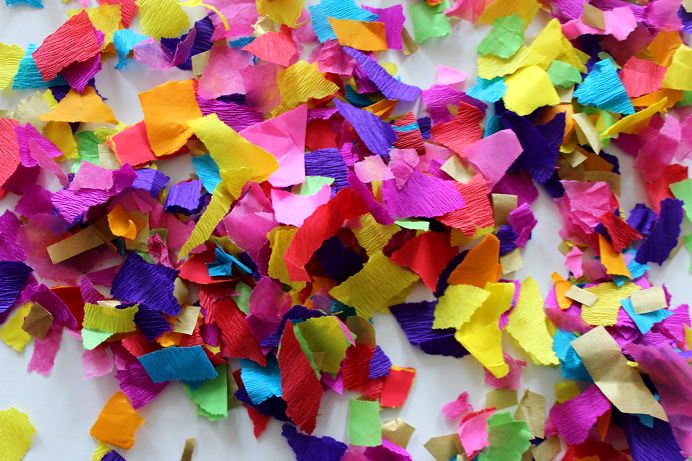 In the end I realised I had created this giant confetti shaped monster. It had become a much bigger deal to me than it really needed to be. I knew I wanted lots of bright coloured confetti and that my venue allowed it, the rest, I could work out. I cannot tell you how much time I spent on etsy looking at custom confetti packs as I searched for the perfect colour blend and shapes. I had to keep my sanity and budget in tact and instead opted for making my own. No one else cared about the perfect glittery shapes that I had been obsessing over and if I gave up on my dream of unicorn poop, I’d be okay. Instead, I sat down with the OH and all the tissue paper and got tearing. It wasn’t the uniform hearts, circles and stars that I had originally imagined. Turned out it was even better. It was like a big old rainbow explosion. It was a super fun afternoon with the boy and it cost less than £5. In the end, we had ALL the confetti and more to spare. While I get DIY-ing isn’t for everyone, there is few things simpler than shredding confetti.  I feel like I’ve put one demon to rest and can carry on enjoying wedding planning.

Bubbles: Friendly in most venues, make beautiful photos and you don’t need to worry about the clean up. Make your own with the hand of some fairy liquid or hit up your nearest pound shot.

Sparklers: One for the night owls who want a late send off. Adds a bit of drama to the evening and perfect for Wintery weddings.

Smoke Bombs: I LOVE smoke bombs. Big bursts of colour are perfect for lots of dramatic photos. Perhaps not the most guest friendly but amazing if you’re looking for fancy ass photos.

Don’t want to make your own:

The Sugar Stop Co make my favourite confetti ever in the best blends. From Unicorn Poop to Mermaid Dandruff they make the most magical bright coloured confections a girl could ask for. For the bride who would rather die than DIY make sure they are your first stop.