Every season Scottish Ballet turn it out. Their productions, a mix of classic and contemporary are perfect to make someone fall in love with the world of dance From oppulent costume design to sets that look like fairytale illustration, Scottish Ballet’s attention to detail coupled with their trademark humor has be returning year after year to see their latest offerings, this Winter with a completely brand new production – Hansel & Gretel. 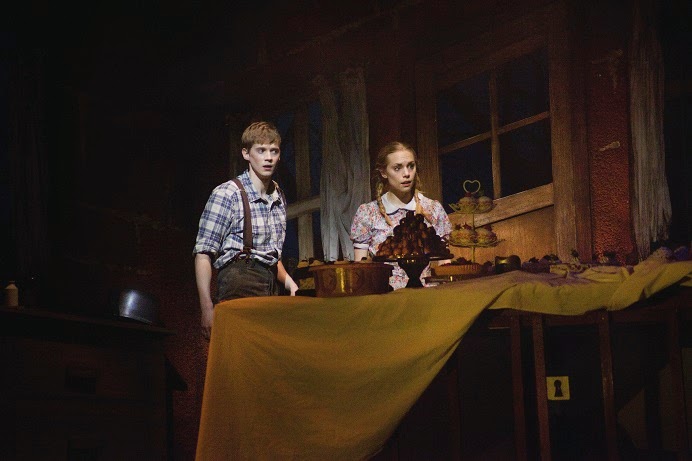 To celebrate me and a few other blogger babes were whisked off to Blythswood Square for a scrumptious day of afternoon tea and cocktails designed around the new production. The Woodcutter’s Wife (a gin based cocktail) went down far too easily and was reminiscent of a sweeter Fentiman’s Victorian Lemonade, sweet without being saccharine. The lunch time spread was all about recapturing the magic of childhood with popping candy carrot cake, raspberry macaroons and tiny gingerbread men. It looked gorgeous and it was delicious, though maybe overall a bit too many sweets for me, and the macaroons were more meringuey than I’m used to. However if you do have a sweet tooth this is the perfect afternoon treat with generous portions of cakes and some of the tastiest scones I’ve had in a long time.

When we pulled up to the Theatre Royal I could already feel myself getting giddy. There is something about a festive trip to the theatre that just plugs in to the little girl in my brain. It’s the orchestra warming up, the hustle and bustle of  the crowd as they try and find their seats and the curtains pulled heavily over the stage. The atmosphere was positively electric. 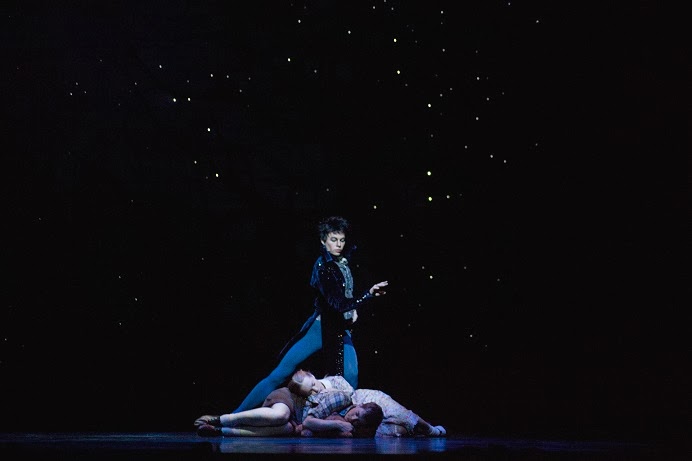 But what of the actual ballet? The ballet was wonderful, with a new take on the traditional story. Loving parents, a wicked witch and an appearance from the sandman all helped to bring the classic Germanic fairytale to life for the stage. Hansel & Gretel were positively charming, really encapsulating this real youthful vigor and mischief. They had so much personality and you really felt you learned everything you needed to know about the characters from their opening number.  Their parents with likeable (with some impressive choreographed intoxication.) My favorite performances though would have to be the Woman In the Moon’s dance with the ravens (I got chills all over me with this little number), The Sandman’s solo piece which was delightfully creepy (which I would have loved more of) and the Rag Doll piece which was energetic, fun and playful.

I do have to say the second half didn’t feel as strong for the first for me. The witch who we had previously seen as the beautiful graceful ethereal being became more of a comedic punchline and less of a threat. While the movement was still there, it felt much more like theatre than dance. For me, I would have liked to see the Witch more like the Sandman, moving a bit odd and strange and just scaring the hell out of me rather than a comedic figure. With the horror lost, the eventual triumph of Hansel & Gretel didn’t feel as earned.

There is so much to love in this ballet. It is visually one of the most beautiful sets I’ve seen in a long time and the transition from scene to scene is seamless. The closing piece to the first act was beautiful and nearly had me in tears and the afternoon at the ballet (just over 2 hours) never felt like 2 hours. There was always something going on to keep you enchanted. The dancers were wonderful, The Ravens being particular favorites with their old school biker gang feel. The costumes were gorgeous, the music was astounding, and while not perfect, a very strong production that with a few tweaks could quite easily become a festive classic.

I cannot imagine a lovelier way to spend an afternoon or hell, an evening. It’s a gorgeous performance that I would recommend to fans both old and new. RIP Panto. Long live the ballet! 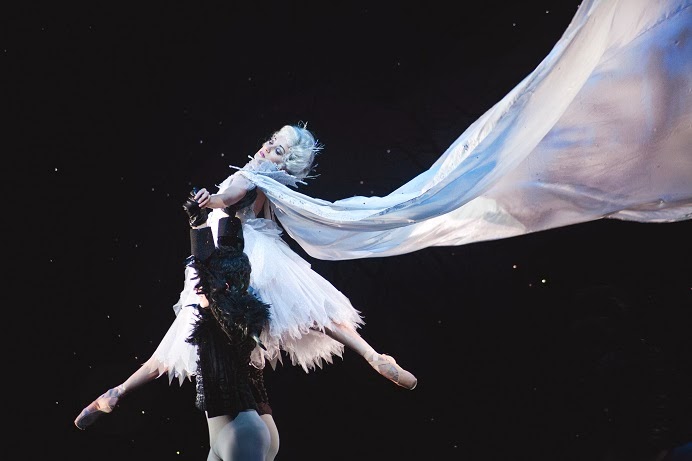