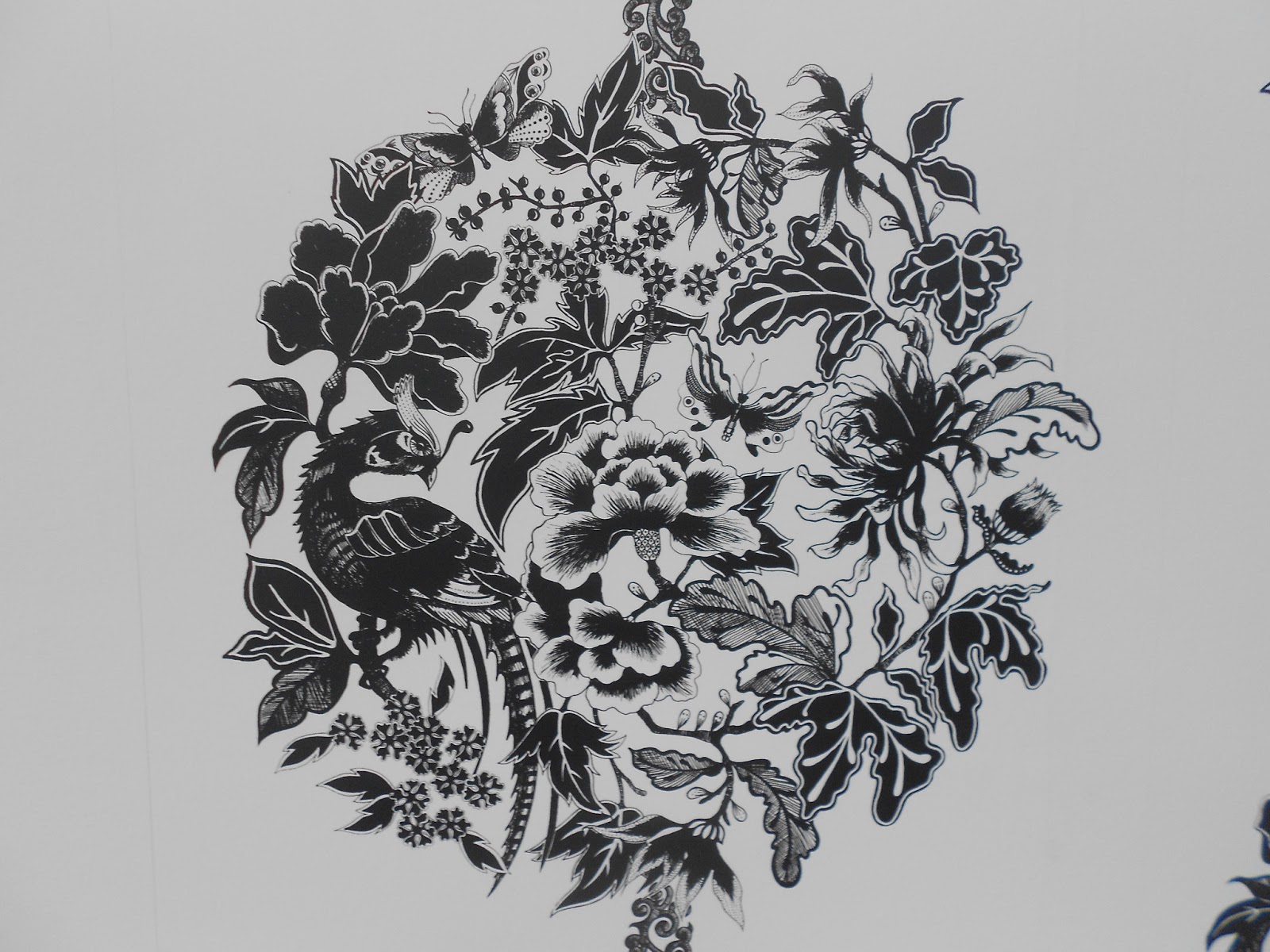 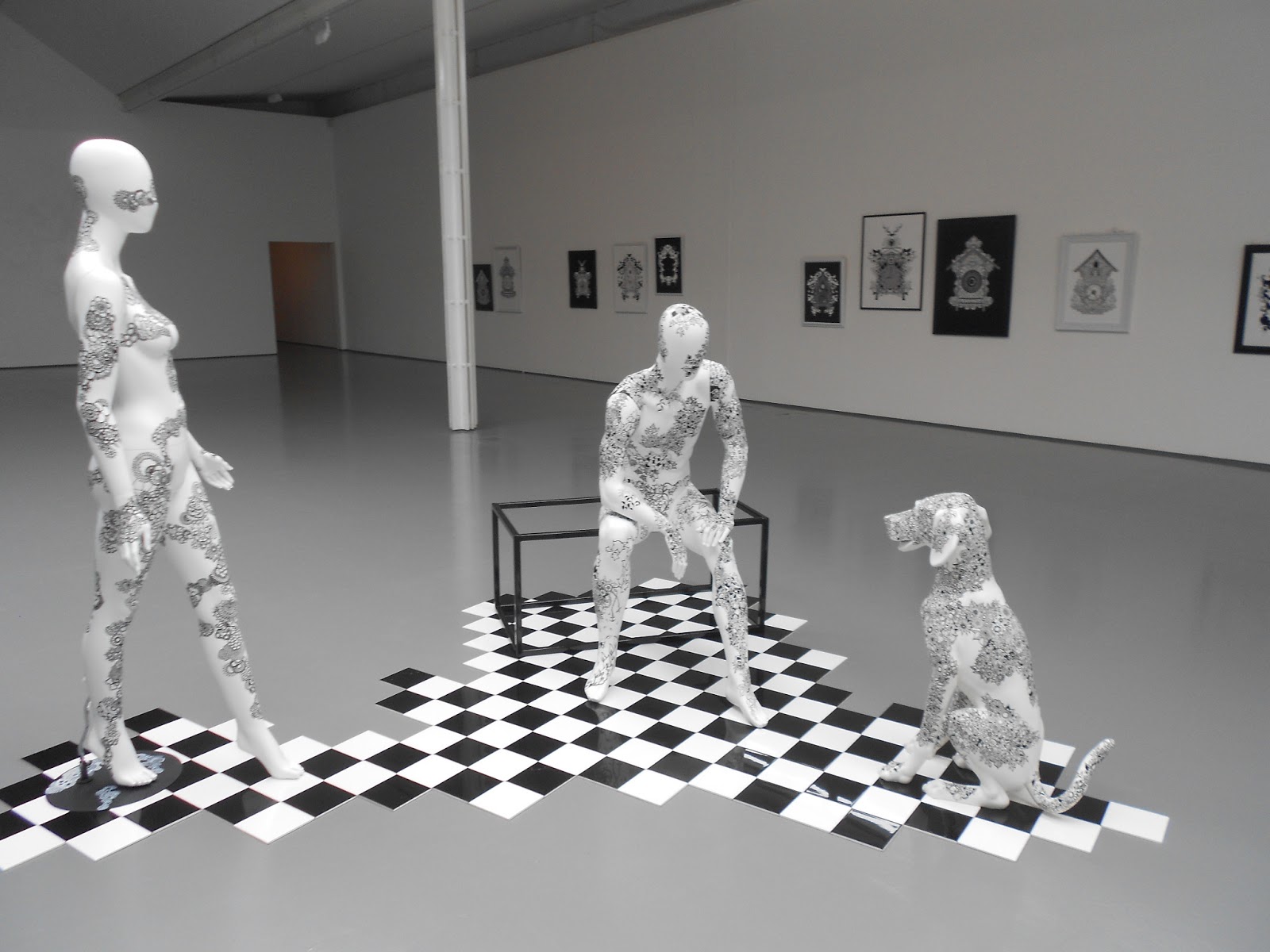 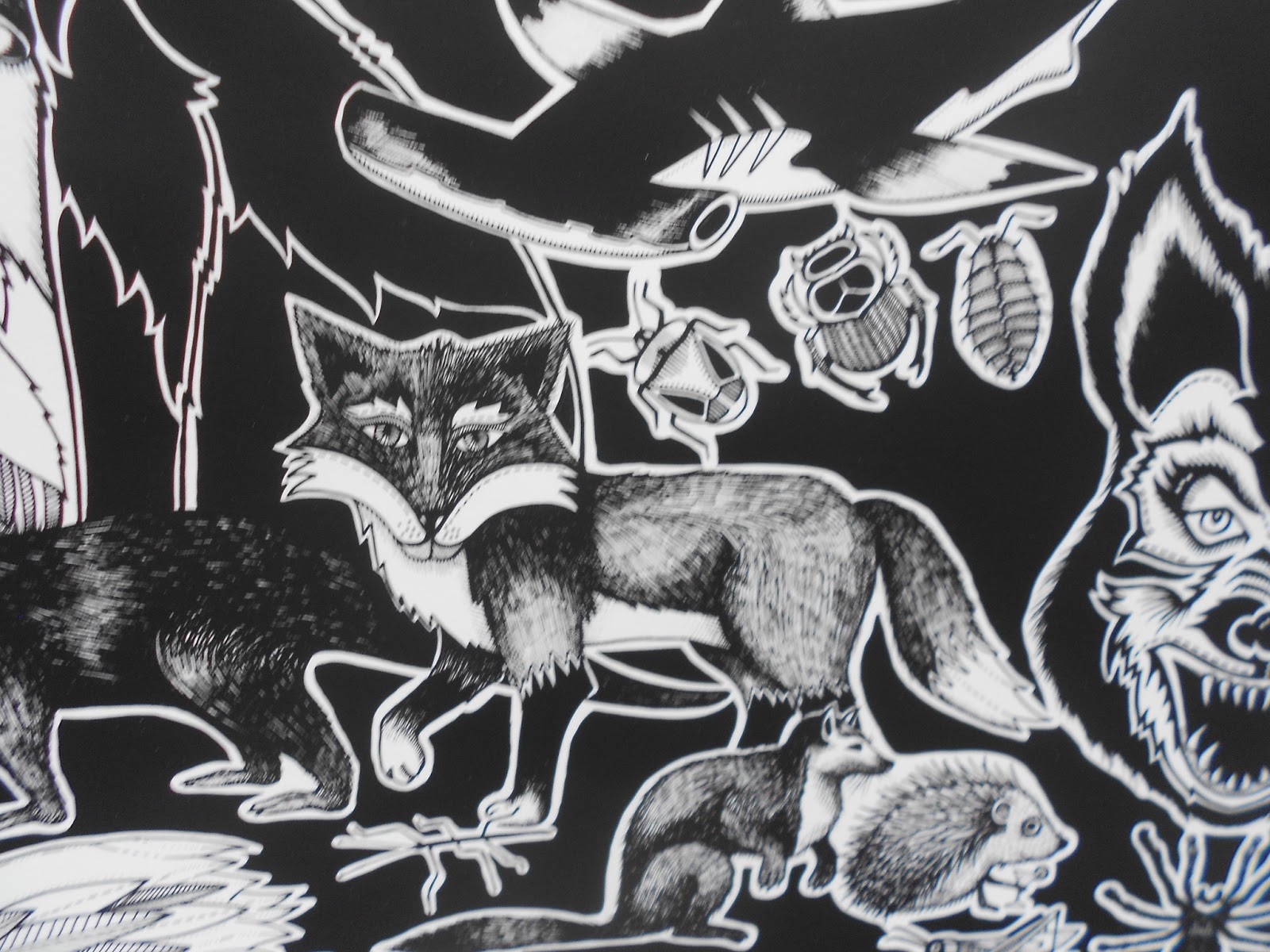 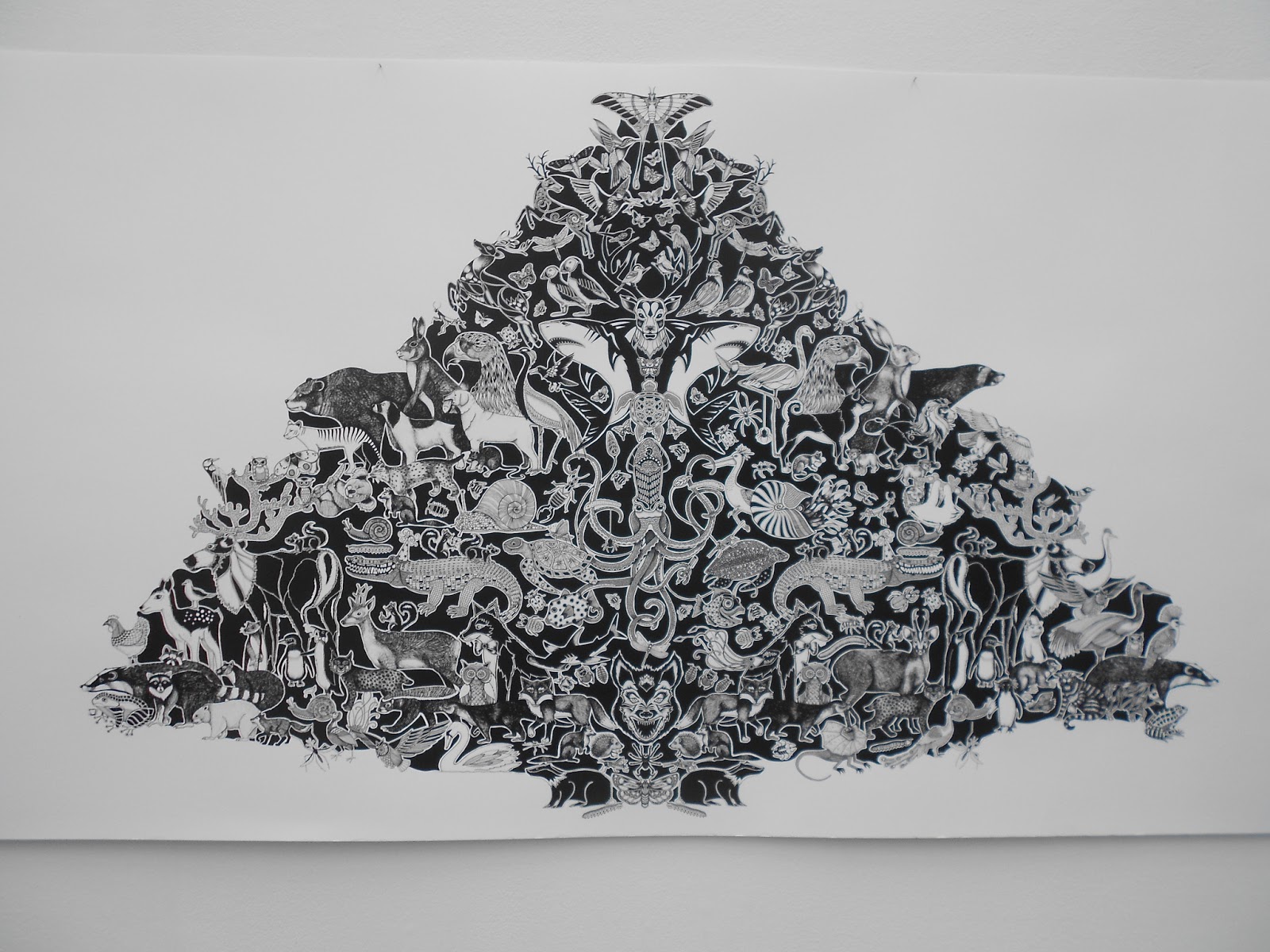 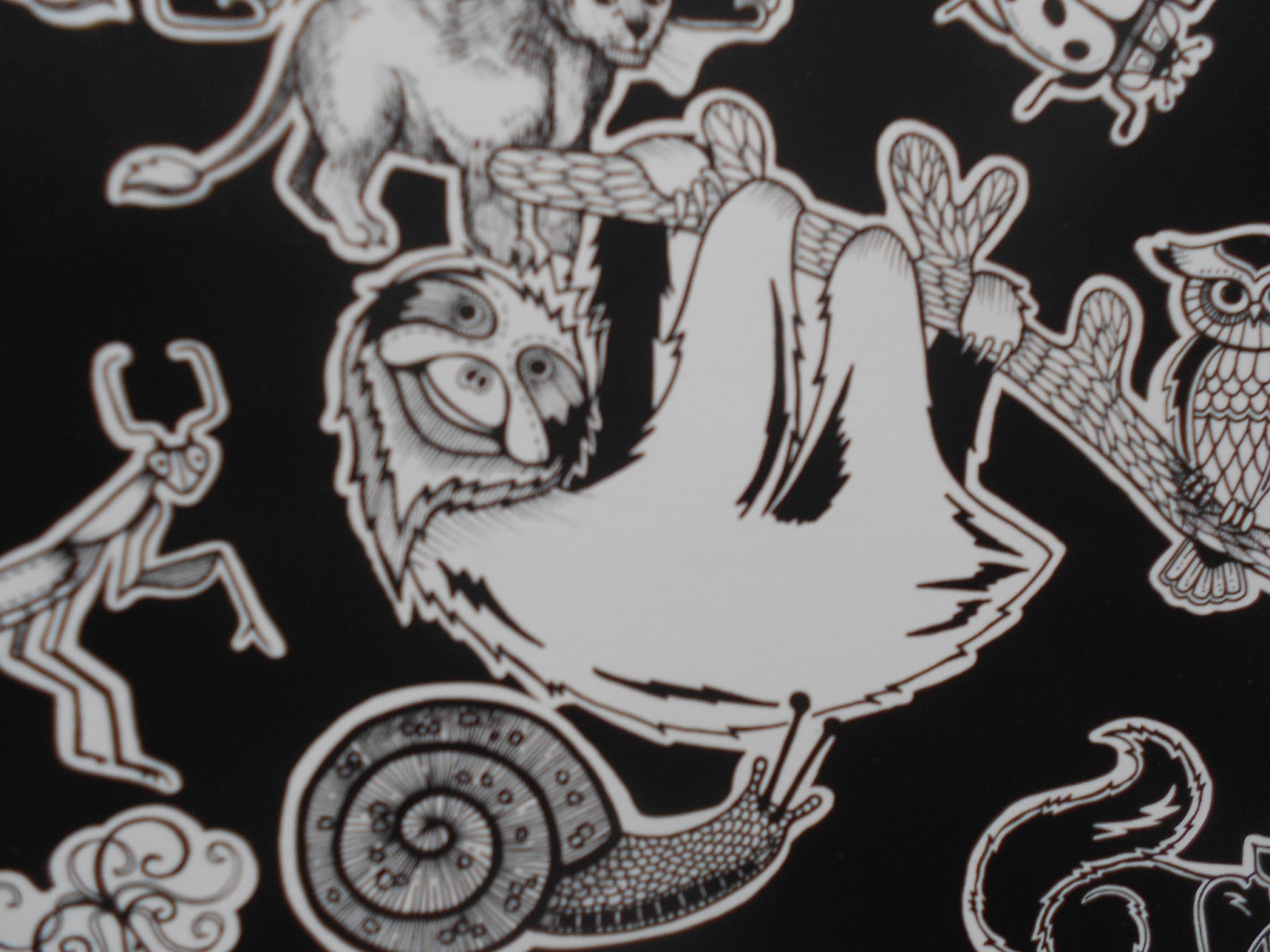 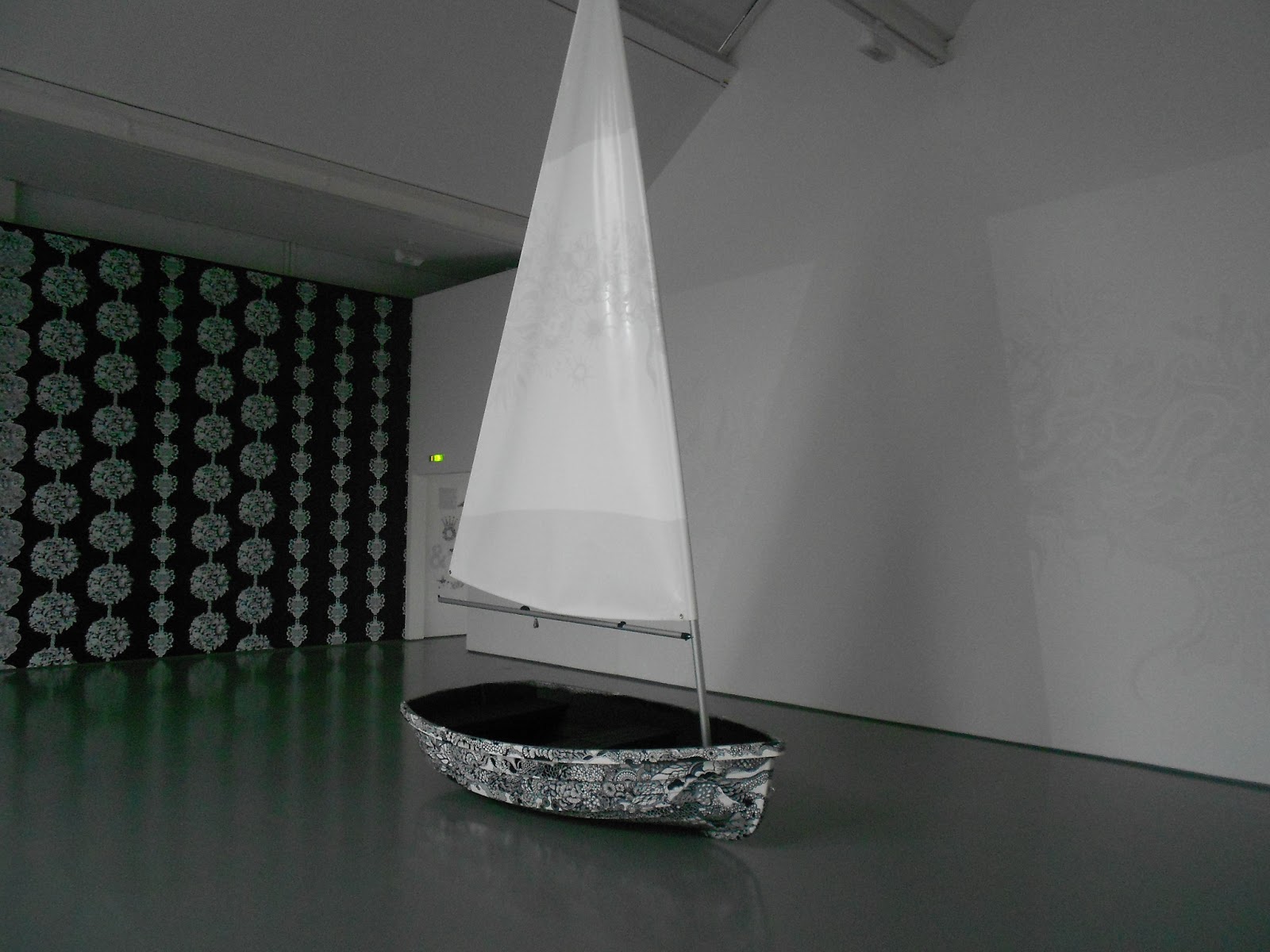 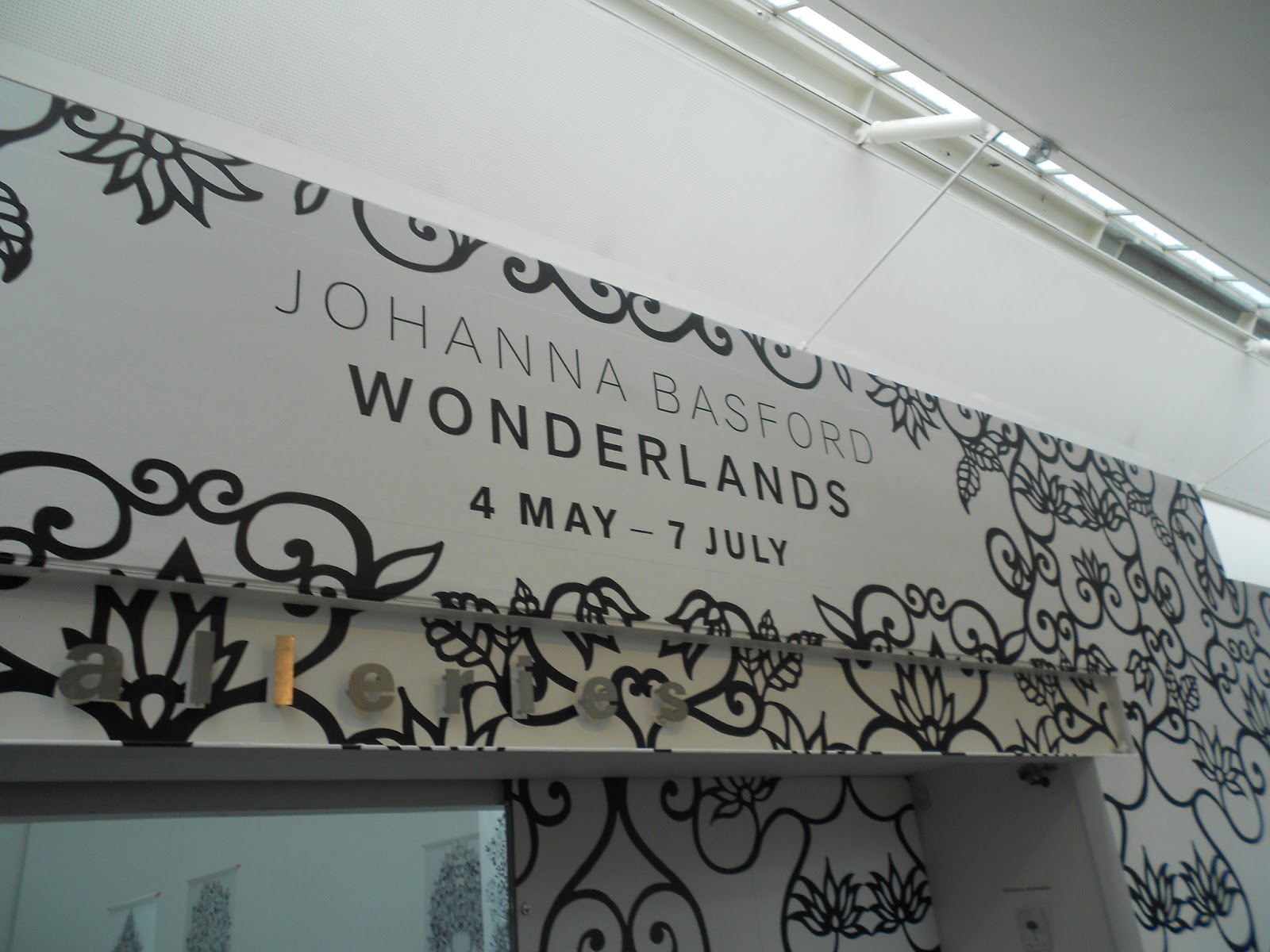 Can we all take a moment just to fully appreciate how talented Aberdeen based artist Johanna Basford is? She’s already stacked up an enviable lists of clients – counting Crabtree and Evelyn, Thorontons, Absalout Vodka, Brewdog and Kember and Jones among them. Her intricate hand drawn illustrations are deeply routed in nature with a real focus on detail (hidden quirks from a tiny lady bird to a crocodile in a party hat.) With her designs you are always finding something new to look at, which is why when I was up in Dundee I knew I had to make time to creep at her first solo exhibition – Wonderlands – at the DCA.

I first came across Johanna Basford’s work on Kickstarter via her Wonderbeasts project. Basically Basford was crowdfunding to create a co-created art work, asking funders to tell her what to draw as part of a massive print. Backers could donate different amounts, asking for anything from creatures of the deep sea (lobsters, angel fish),  woodland creatures (rabbits,badgers and foxes) to mythical beasts (think unicorns, dragons and the like.) The campaign raised over £8000 (double it’s initial target) with over 150 backers contributing to Wonderbeasts. Naturally I was dying to see how it turned out, and I wasn’t disapointed. Wonderbeasts is just INSANE. 152 different animals make up the inky piece of deliciousness and it’s just breathtaking. Given the time I’m pretty sure I could have spent an afternoon in front of it and continute to find something I hadn’t noticed. A few of my favourite creatures included a sloth (having a time), a frog having a cuppa brew and a fox who pretty much knows what’s up. It’s an insanely cool project and I’m utterly gutted I found out about it too late (rewards included temporary tattoos, limited edition prints, handwritten letters of thanks and her Wonderlands book.)

While Wonderbeasts was effectively what I was there to see, Wonderland as a whole was all kinds of magnificent. Cuckoo clocks, a massive elaborately illustrated boat, a paper forest as well as a look at what inside of Basford’s studio looked like (which included some amazing skis as well as wall to wall sketches of previous designs.)

I’m super glad I got the chance to see it, and if you’re in Dundee or can spare time to pop up (if you book train tickets in advance can get some pretty sweet deals) I’d fully recommend it to everyone. The exhibition is free to enter and will be open at the DCA till the 7th of July.