I feel like I’ve been doing all the things recently and got a TON of stuff to share with you – including the continued search for my one true foundation, a few interviews, a look at some fancy ass lookbooks I’m a swooning over and fave goodies from fashion show. It also means I have pretty much all the stories stored up for you – so thought it would be worth a quick catch up and give you all my scandal.
First things first – gurlfriend only gone and got herself a new job. If you follow a sister on facebook on twitter you’ll probably have seen a few sneaky deaky blogposts I’ve done for them (although that’s a teeny tiny fraction of my role at the moment.) I pretty much love it and get to work on some pretty cool projects so I’m not doing too bad. 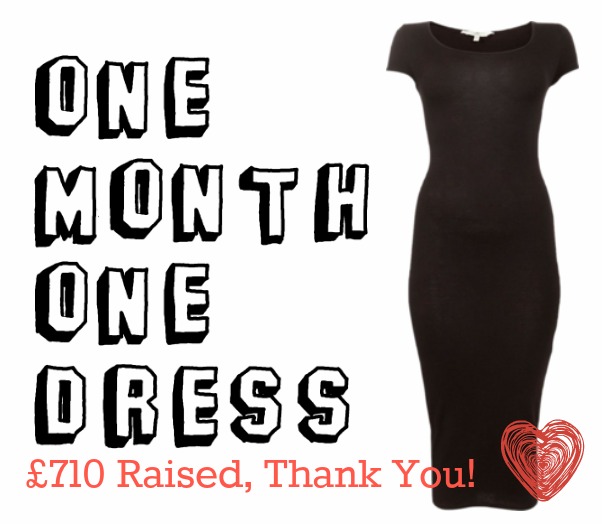 You’re probably sick of hearing about #onemonthonedress, it’s been and gone for ages but just wanted to do a super big thank you to everyone who was super amazing and supportive. I’m pretty sure I’ve got some kind of Stockholm Syndrome with my
#onemonthonedress. For the first like – week in March all I did was wear
jeans and trousers but I’m seeing that black midi on the hanger and I
yearn for it. It was a good one. I griped a fair bit about it during the month but truly I don’t think I could have picked a better dress. It managed to get me through job interviews (and indeed the one that scored my my new fancy ass job) as well as nights out, dates and chilling with pals. Not quite enough to get a girl to hang up her jeans for good but definitely gave me a thorough lesson in the versatility of my wardrobe.

I got a super lovely letter from
the ladies at Glasgow Women’s Aid. £710 raised! Thank you so much to all
you utter babestations who donated, shared and generally were super
lovely about the whole thing, you are the best! 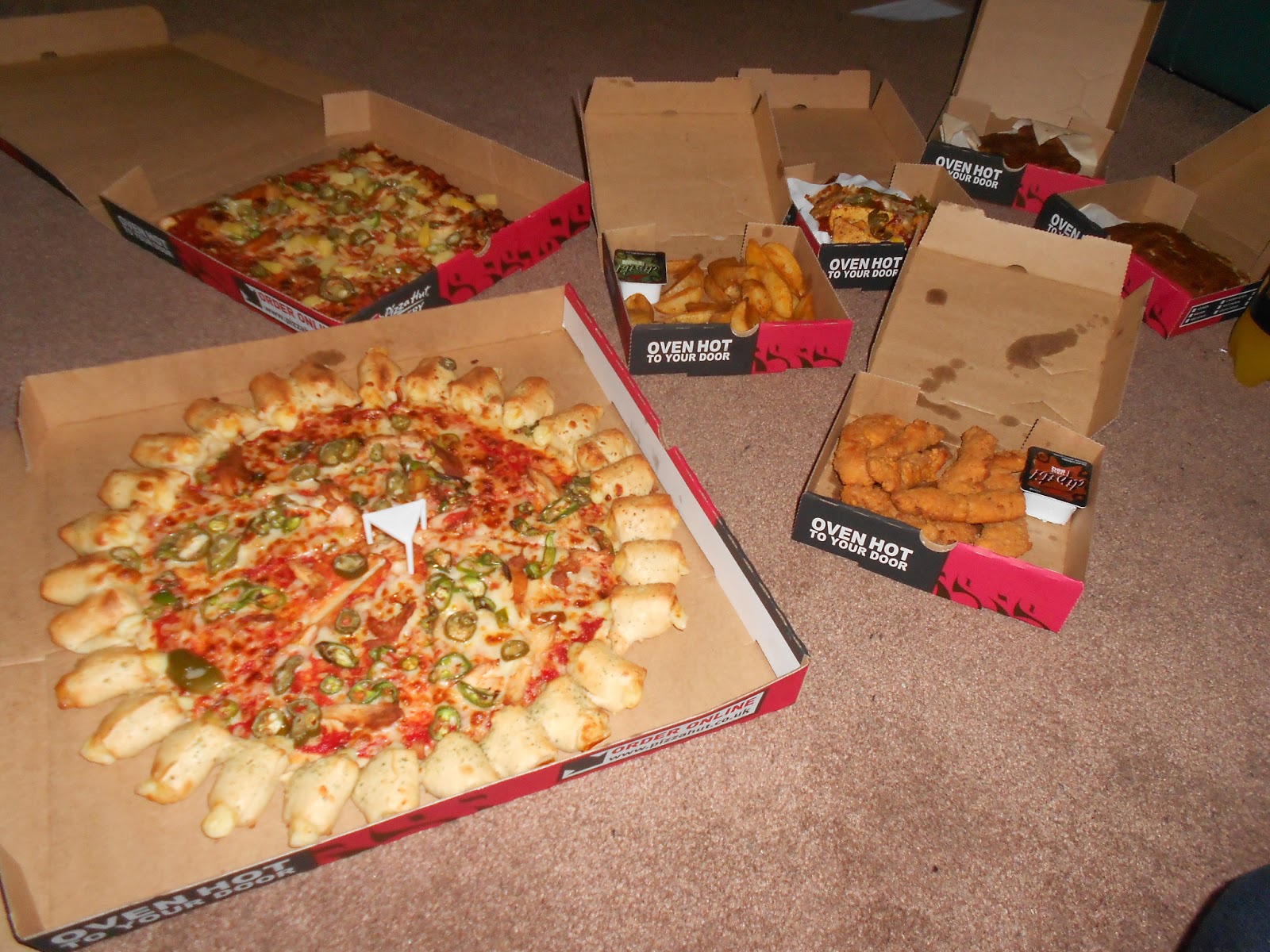 The boy and I are super busy at the moment, sometimes it feels like we are ships passing in the night. I’m finding myself hitting the hay pretty early these days (half 9 is my new record) while he is total night owl. That’s why it’s super important for us to do date nights. They can be pretty much anything from just snuggling up and watching some movies (or currently The Wire – it’s taking over my life), trying some new restaurants, hitting up some art exhibitions or going on a general adventure.

We can’t always afford to go out (and let’s be honest, who can?) so when BGO Bingo wanted to hook us up with a night in were all over it. We got pizza hut and tried to teach ourselves poker (failing because who needs poker when there is cheesy bites to be had.) Easily one of the best nights in I’ve had in ages! We had an utter blast and easily cheaper than a night on the town (and hell even just dinner some places in Glasgow.)

I’ve bitten the bullet and signed up for Tough Mudder. Often cited as one of the toughest races in the world – Mudder is a 12 mile obstacle course. I’ve pretty much paid for the privilege of being electrocuted, dunking myself in an ice bath and running through fire. The second I clicked register I filled with an overwhelming sense of dread. GUESS I’M DOING IT NOW THOUGH.

Seriously though I am legitimately terrified (and excited.) I keep trying to encourage a few of my friends to do it but don’t think they are in to the whole electricity thing. It doesn’t bother me too much if I don’t think about it, though there is this weird half pipe wall thing I keep seeing in videos which I am terrified of. Also anything that involves any form of upper arm strength.I’m going to try raise some top £££ for charity. I’ve started using the Zombies Run! app as part of my training (running to and from work.) It’s a lot of fun although I may have got carried away during one of the zombie chases and nearly ran in to a car outside the SECC. I’m usually so good with my road safety when it comes to road running but add the hordes of the undead and my green cross code goes fleeing out the window. 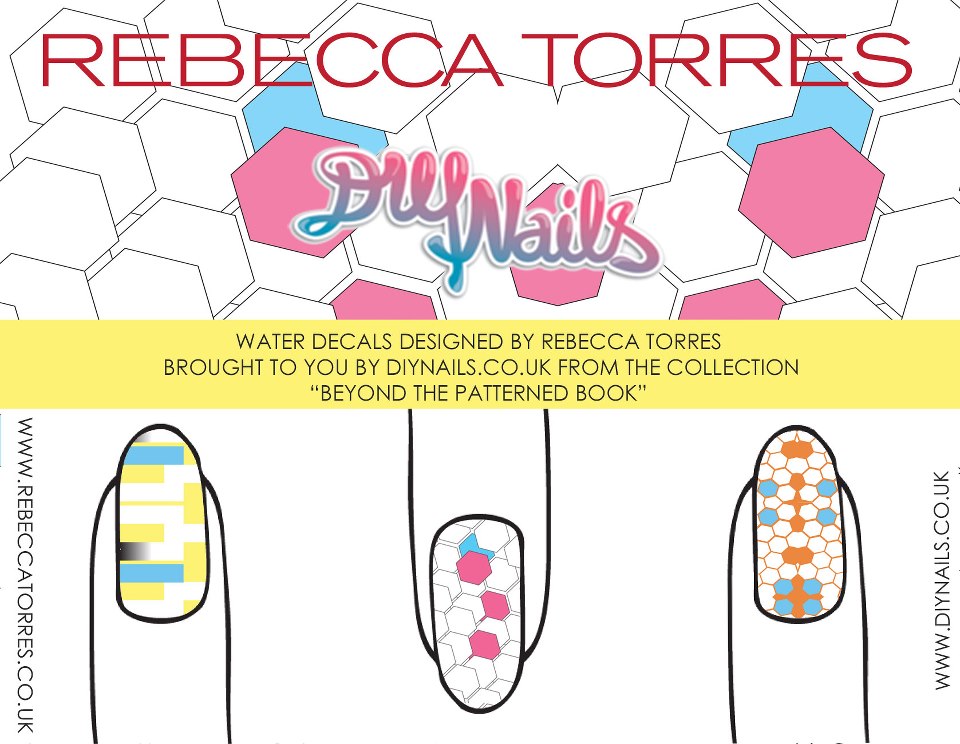 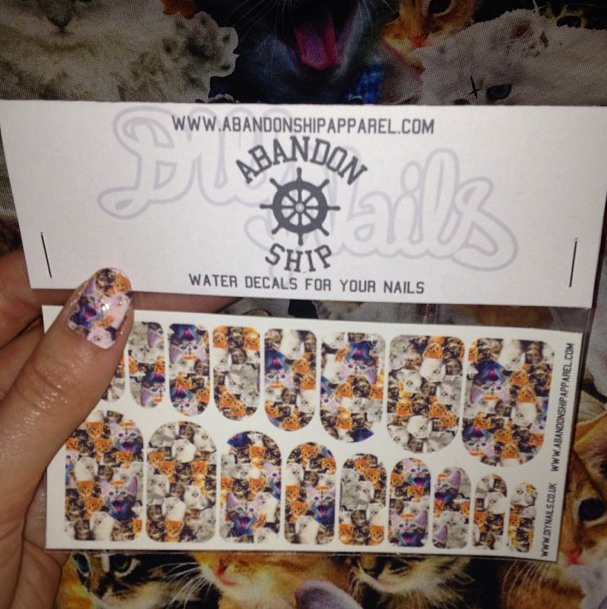 Last but not least how delicious are these nail collaborations that DIY Nails has at the moment?  She has two collaborations coming out that have found there way on to my radar and quite frankly I can’t decide which one I’m more excited about.
Colourful graphic shapes make up DIY’s decals inspired by Rebecca Torres‘ Beyond the Patterned Book collection which we already know I am all up in. I love Rebecca’s worked and followed her work for ages. I’m no where near enough bold enough to wear one of her more colourful designs (though I do have a Torres in my wadrobe which I LOVE) so having these guys available for my nails is perfect! The next collab is with the boys over at Abandon Ship and well – it’s cats. It’s decals covered in cats. Someone has clearly been reading my memos.  Who doesn’t want lots of kitty cats at the ends of their fingers. Seriously – a match match in heavy.

And I’m pretty sure that is me caught up with my stories! What have you lovelies been up to? Cannot wait to have a big read binge of all your beauty/fash chat!