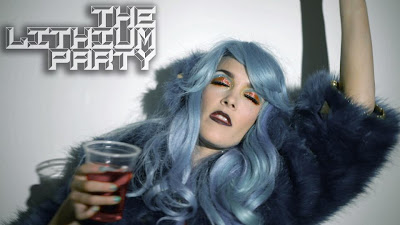 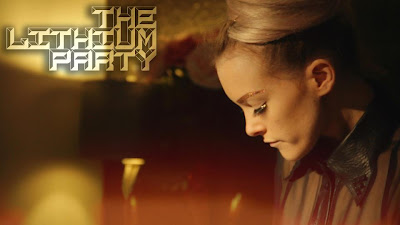 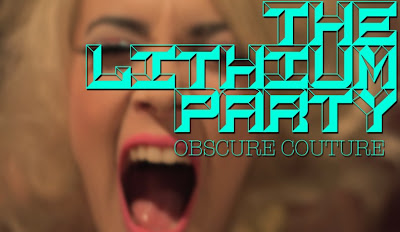 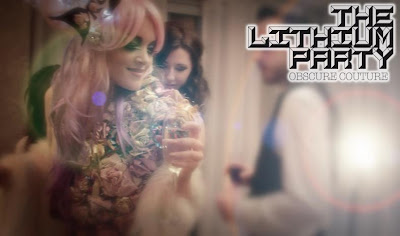 Subtle isn’t a word I’d use to describe Glasgow design duo Jenn Coyle and Lyndsay Pagan. But for the most party subtlety is boring, and Obscure Couture are anything but that. With the launch of their first fashion film at the GFT this Friday – “The Lithium Party” is a heady mix of hedonism, sex and glitter. Set over the course of a 24 hour party, The Lithium Party follows our frosted haired heroine through champagne highs, crystal splattered lows and an emotional redemptive climax in a church.

We all know I am all up in fashion film, and it’s amazing what Obscure Couture have pulled together on a budget of sweet fuck all and a team of mega talented Glasgow cats. Ana Cruzalegi of We Are Faux lashes pulls each look together seamlessly. Big colourful eyes, frosted lips, all the glitter – each different look perfectly reflects the mood from scene to scene. Teamed with Lou Clave of Hair For Heroes wigs the hair and make up design for this film is pretty much flawless. Sweet puffy eye candy.

One of the best things about film is it gives you an idea how the outfits look and how they move. Obviously Laura McMonagle looks pretty flawless in everything, and really throws herself in to the role (champagne love ins are one thing but barging in to commuters around Central early morning – jeezo!.) The clothes look great and I am dying for the yellow suit though I am all about the metallics and pastels that dominate the collection.

The Aperturists who made the film did a wonderful job – the film moving from sexy, dark, ethereal and tragic seamlessly. The music works great – it feels a bit like listening to your best friends ipod – moving from Die Antwoord to Nine Inch Nails which I’m pretty sure is something we can all get behind.

“The Lithium Party” is Obscure Couture to a tee – completely over the top, a bit mental, but fun, gorgeous and a good heap of sexy. They really have set the bar for short fashion films for young designers in Scotland.

The Obscure Couture Girls are having a wee competition on their facebook where you can win VIP tickets to the Lithium Party at the GFT this Friday. Sweet fashion and some glittery popcorn await. Fancy yourself in with a chance? Go like their facebook page and share this image for your chance of winning some tickets. See you on the red carpet 😉