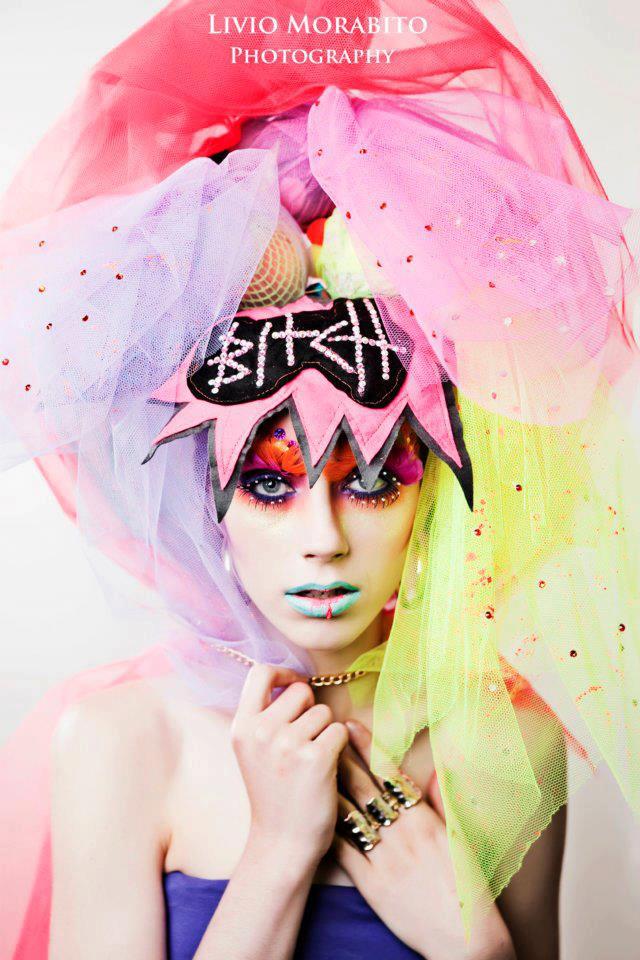 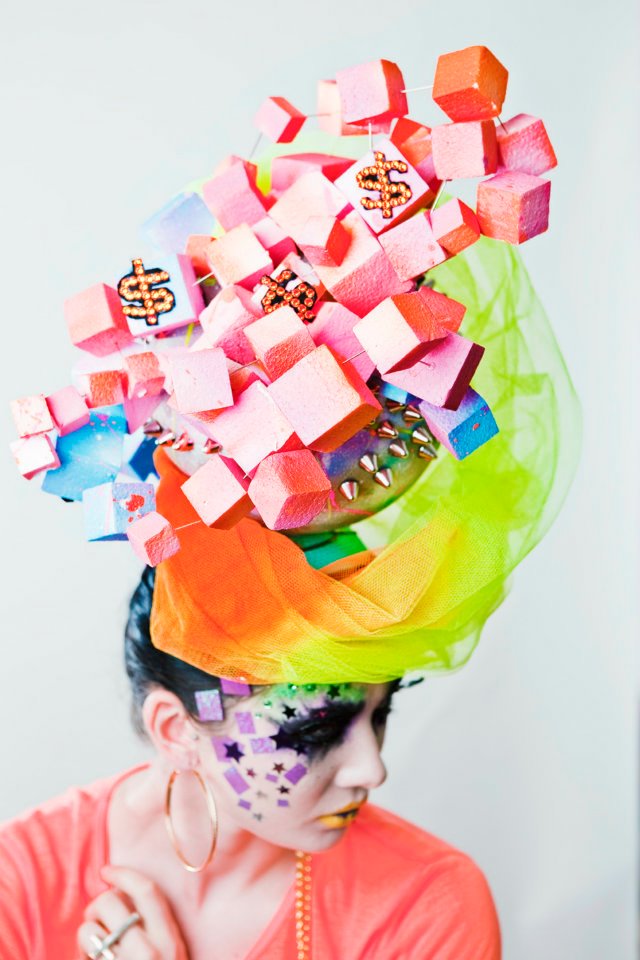 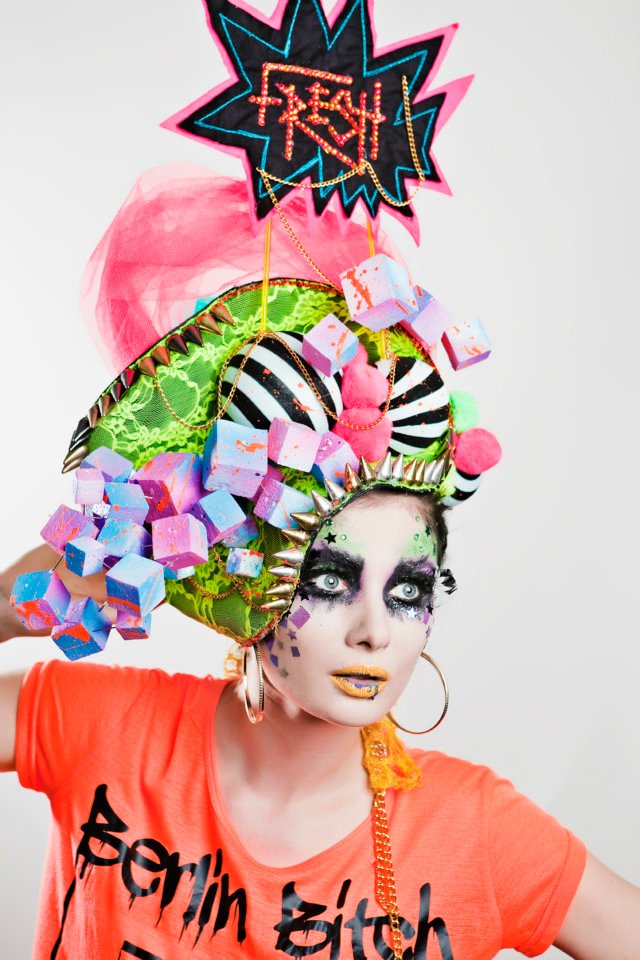 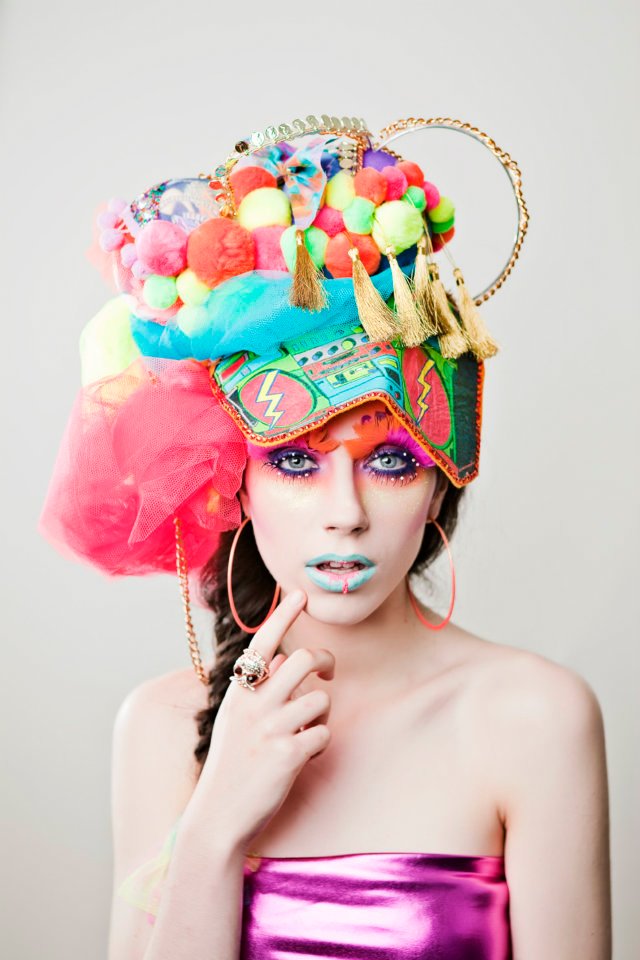 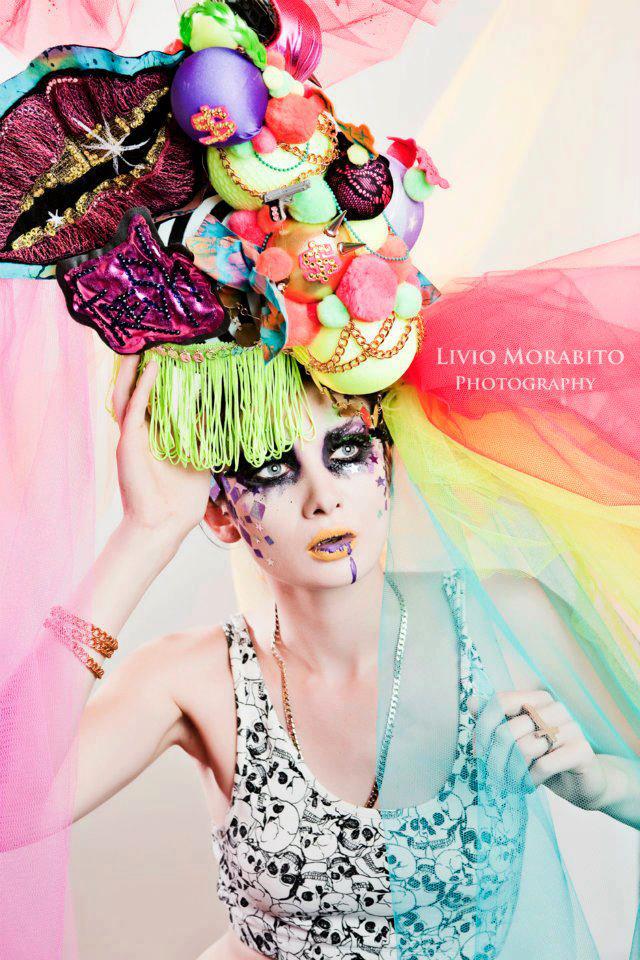 I think it’s a god damn crime we don’t wear more hats. I also think that they are one of the few things that are just ridiculously difficult to get right. Jenivieve Berlin Millinery however manages not only to get it ridiculously right, she also makes me want to wear hats all the fucking time, which is probably what scored her a nomination at this years Scottish Fashion Awards.
Berlin originally started out creating headpieces and costumes for designers before launching her S/S 10 collection at Nightwalk “Bollocks to the Royal Wedding”, a anarchist mix of spikes, studs, tartan and swarovski crystals. Berlin has frequently cited Berlin’s street style and attitude as one of the driving influences in her brand, making for edgy, contemporary designs with a heady dose of anarchy, sex and adventure.
Her hip-hop inspired “Blood.Sweat & Tears: The Bedroom Collection” is all metallics, neons and bling – with Jeniveve’s trademark use of studs and chains. Studs and chains ALL up in here. Fantastic. Her designs are not for the faint hearted – obviously – and manage to be some of the most exciting millinery I’ve seen in a long time. Bold, fun and just a hint of cray cray, the collection is completely over the top. 90’s ostentatious madness . Which really shouldn’t work but it does. It really does. I mean there is so much going on in each piece. Coloured viels, neon fringing, pom poms, boom boxes and tassells. Crystal cusses, disco balls, gold studs and rainbow brights. Try and tell me that it doesn’t sound like a fucking dream? It’s a collection  that just is so much fun, all attitude, nostalgia and delight. Of course I love the “Bitch” piece because…..come on, but seriously I would be happy to have any of these pieces in my life. Maybe just on display a la “Look at my fabulous hat, isn’t it a mother fucking piece of art?” but mostly, mostly I would like them on my head. It’s completely hedonistic and I love it! Unconventional, with a strong vision and a sense of playfulness, Berlin continues to assert herself as one of the most exciting young milliners working in Scotland today.