“We wanted it to be like Clueless on acid.” After missing Brighton Fashion Week I was dying to know the goss from the front line, so asked Samantha McEwen from Isolated Heroes to give me the skinny on her first big fashion show outside of Scotland and generally the mental year she’s had.
It’s hard to believe McEwen graduated only a year ago (I remember her opening the Heriot Watt graduate show last year and being blown away) but in that time she’s showcased at both In the Company of Wolves, Nightwalk, launched herself on Asos, had all the freshest bitches wanting to wear her gear and garnered herself a nomination for the Scottish Fashion Awards. Holy hell.
So what is it about Samantha that makes her one of the most
invigorating young designers to watch? The styling of her shows for one.
Nothing is done by halves. For Brighton it was perspex plastic stripper
shoes with pom poms, platforms, blow up bags and braided alien charms
for the runway. This was accompanied with Hair for Heroes creating some
sweet wigs with flashes of neon brights and braiding, some gifs designed
by Kirsten Kerr set to a soundtrack of Phizix and Major Lazer. 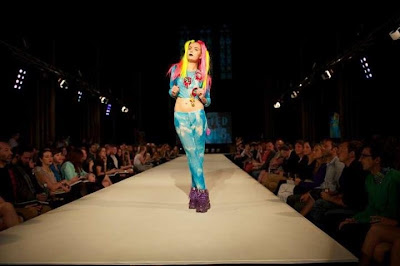 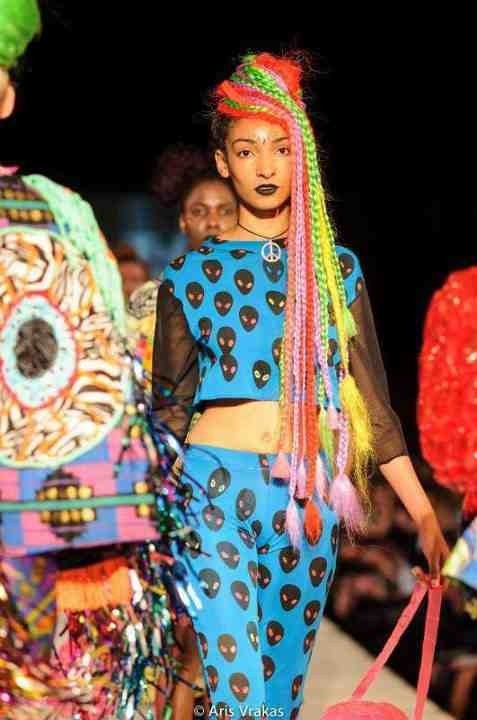 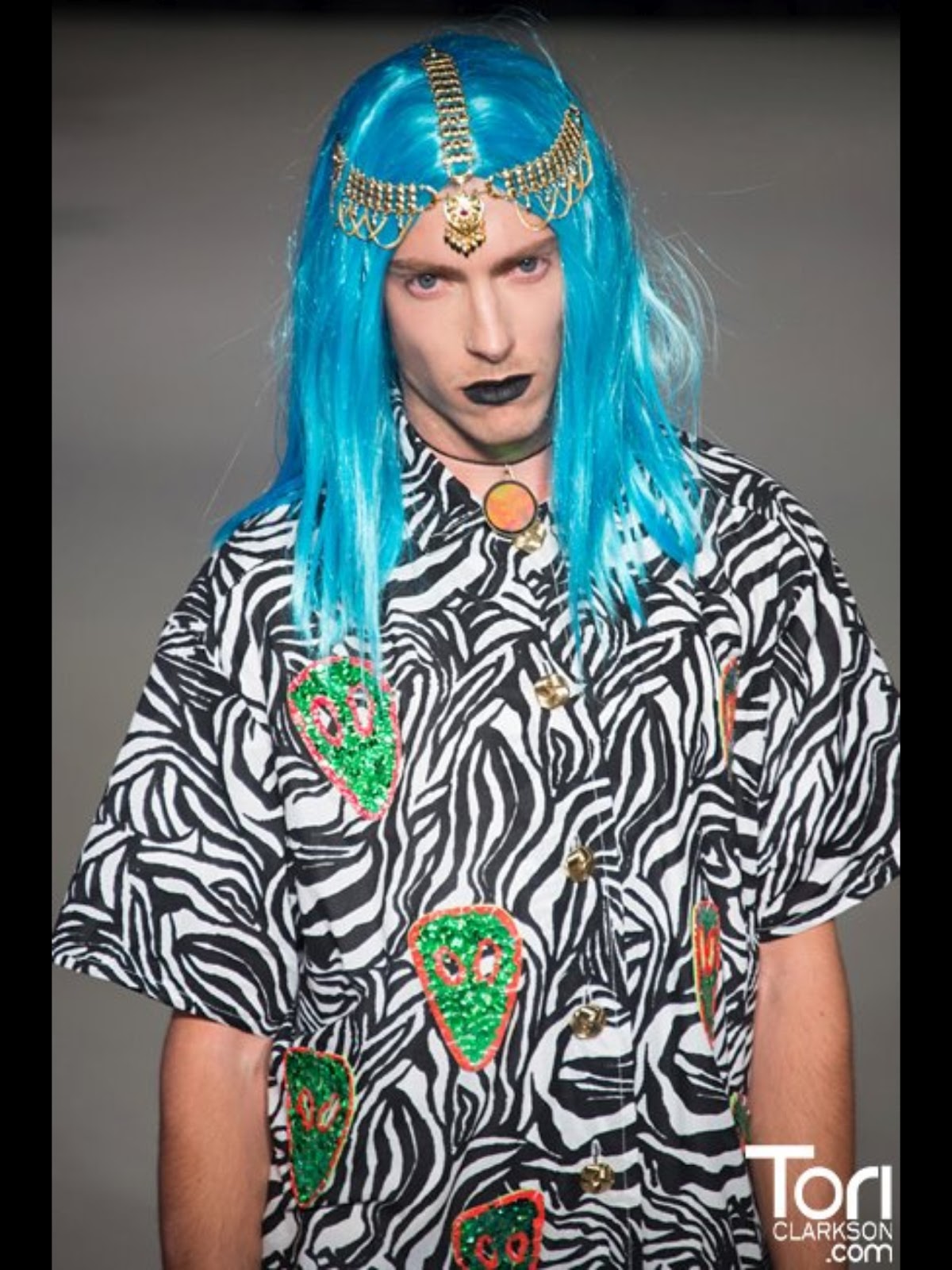 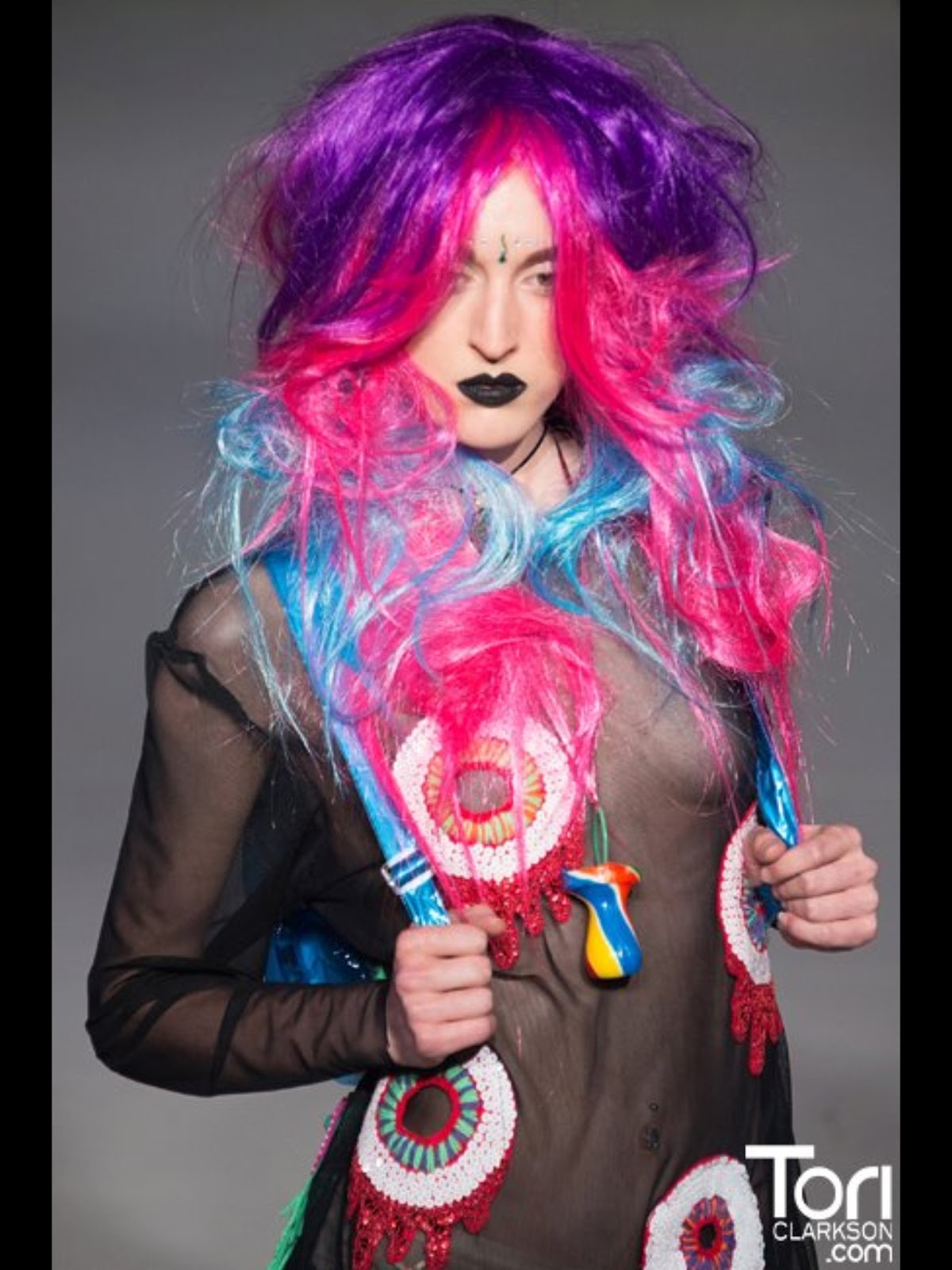 The “CYBER BARBIEZ” collection is high end luxury street wear filled with apocalyptic shlock and looks like it belongs on the streets of Harajuku in Tokyo. Hand embroidery, traditional African wax fabric and digital prints feature through out. The alien print fabric itself took 3 weeks to make, not including the 3D fabric paint they would go on to add. The sequined eyeball dress is surprise surprise, a bit favourite of mine as well as their tie-dye cloud print.
As per the styling was flawless and the fluorescent braids with alien print looked amazing. Her latest collection is youthful and fun and her designs remain inventive as ever.
You can buy yourself some Isolated Heroes here, follow on facebook or twitter.
Photos Tori Clarkson, Aris Vrakas and Clive Flint.