You guys have no idea how long I’ve wanted to be able to talk to you about this event, but with out press launch last night – the embargo is officially lifted and I can spill the saucy beans on some of the projects I’ve been working on. One inparticular is close to my heart. 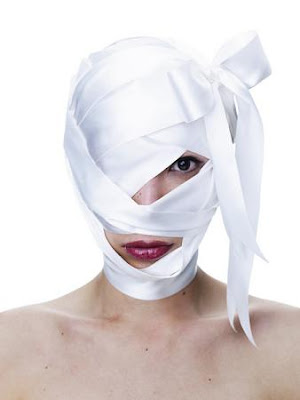 This guy has been my baby at my time at the GFF. In between writing up events templates and trying to remember how to do equations in excel (it had been sooooo long) I’ve got to organise a wee fashion event as part of Glasgow Film Festival’s Fashion Strand (sponsored by good ole GCU dontchaknow) during the festival. Obviously I was right in to it and got to work.
Taking influence from the film I’ve invited Glasgow favourite Lady Munter of Menergy fame along to introduce the film with her Menergy DJ’s providing tunes for a sweet ass Catwalk Show staged by ITCOW. So what can you expect? Some Scottish indie design obviously – in the form of Rebecca Torres, Obscure Couture, Nicola Beedie, House of Black, Lilly Wiggler and Judith R Clarke of course. Illamasqua will be doing the make up as well as giving you ladies some sweet treats for your goody bags so expect something with a Japanese theme in the evening. I’m meeting with them this Friday to discuss looks so really excited what they come up with – especially with some of the new looks they are touting at the moment. SWOON.
Other than the sweet fashion from Scottish indie designers and your awesome goody bag (did I mention Urban Outfitters and Coveted Magazine are on board with that as well?) we’ve got an after party with Pam Hogg guest djing. MOTHER LICKING PAM HOGG.

Yes. It will be wonderful. I’m actually all kinds of excited. Tickets available at the GFT obviously…and with a capacity of under 150 I’d snap these guys up quick.

FYI: First Menergy of the year is the day after Pyuupiru….so if you’re wanting to make a total weekend of it, I’d highly recommend it.