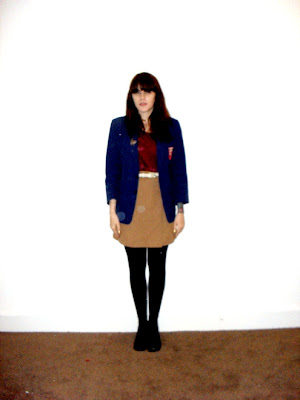 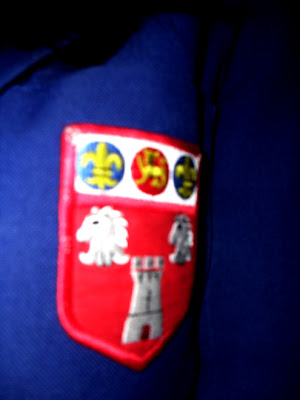 I’ve been wearing my blue blazer constantly. I’ve had it for years and it’s one of the things in my wardrobe that always comes back. I’ll wear it pretty much all the time for a few weeks and then it will go back to the place jackets live for a few months…but till then it’s pretty much my favourite. I’m pretty sure everyone has pieces like that, this guys mine.

So been really busy the past few days. Just seen a copy of the final design for the ITCOW flyer and it’s pretty much perfect. Tickets will be going on sale this week and you Glasgow kids should start seeing posters and flyers floating about your favourite haunts soon enough. Seriously though the flyer is incredible.

We’ve got our team together now though – Volunteer Coordinater, Press and Social Networking Officer and a small army of dressers which is brilliant. Should be doing the model fittings in just a couple of weeks. It really is go and I don’t think I would have it any other way. This week however will be all readings and meetings. I’ll be in Tatty Bon on Wednesday, so if you feel like dropping by for a chat I’ll be the one sobbing in to her laptop. (You think I’m joking.)

I’ll be back with a proper update soon enough – just now though I’m pretty obsessed with Illamasqua‘s gold polish in Victory and my Elizabeth Arden lip plump.

This week I’ve got a whole mess of work to do, but will be finishing off this week by hopefully seeing Doctor Who Live at the SECC (don’t judge.) For those of you Glasgow bound who aren’t as much as a creep as me should head to the Obscure Couture Label Launch Night this Friday. They featured in the last ITCOW and the stuff they sent down the catwalk was incredible. Their debut collection Flesh and Bone will be on show for you lucky punters and tickets are free…..but limited.